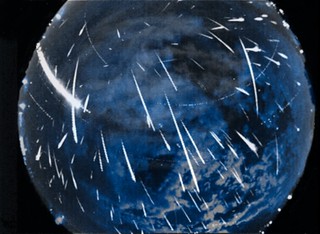 In the 50-year history of the University of Maryland Observatory, some visitors have been lucky enough to drop in on just the right night at just the right time to catch a meteor light up the sky. In the near future, you may be able to witness celestial events above College Park from the comfort of your couch.

“All-sky cameras are always on, so they will provide live, streaming video of astronomical, meteorological and terrestrial phenomena above College Park and Rockville, Maryland year round,” said the project’s leader Elizabeth Warner, coordinator of the UMD Observatory and a faculty research assistant in the UMD Department of Astronomy. “There currently exists a gap in the all-sky camera network over the state of Maryland, and these two cameras will help create the Maryland All-Sky Camera Network.”

The cameras will stream over the Internet real-time images of the moon, planets, stars, meteors, clouds, precipitation, lightning, rainbows, the horizon line, the Milky Way and more. The images will also be saved for later examination and use in scientific research by faculty members and students into weather patterns, auroras and light pollution. With multiple all-sky cameras in close vicinity, astronomers can track the speed and direction of meteors, clouds, storms and other skyward events.

This crowdfunding campaign—which is also being supported by two student organizations on campus, Graduate Resources Advancing Diversity with Maryland Astronomy and Physics (GRAD-MAP) and the AstroTerps—is part of the university’s crowdfunding program called Launch UMD.

The location of the second camera at the Montgomery College Observatory was selected because of that institution’s partnership with GRAD-MAP, an organization that strives to build strong ties with mid-Atlantic minority-serving institutions to improve the diversity of physics and astronomy graduate students.

“Montgomery College is already doing a stellar job getting students excited about the sciences, including physics and astronomy, and is a national leader in the effort to get community college students – an often underserved, but incredibly talented and intellectually valuable population – involved in research,” said Ashlee Wilkins, a graduate student in astronomy and member of GRAD-MAP. “Montgomery College will be a fantastic partner in the Maryland All-Sky Camera Network, and together we can enhance the scientific output of both institutions while also increasing access to unique opportunities for all students in the state of Maryland who want to pursue an education in astronomy.”

The observatory staff, who host multiple public viewings per month, will also be able to use the all-sky camera to see the condition of the sky at a glance and spot changes in the weather and clouds that could affect the ability to observe the sky on a given evening.

The team’s crowdfunding campaign runs through April 7. You can support the team at any time by visiting www.launch.umd.edu/mdallsky.