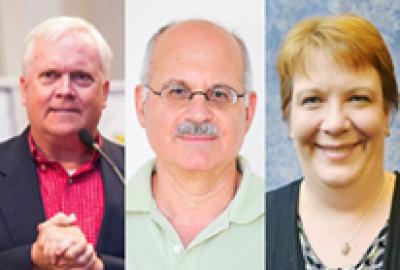 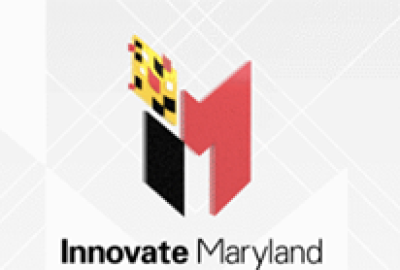 Two staff members in the University of Maryland’s College of Computer, Mathematical, and Natural Sciences (CMNS) received the Provost’s Academic Advisor of the Year award at a ceremony on August 10, 2022. The college’s recipients were Stephanie Bent of the Office of Student Services and Alyssa Ryan of Immersive Media Design (IMD). Both were recognized for fostering a welcoming and inclusive environment and for helping students succeed in the sciences.

“Alyssa and Stephanie are advisors who have made a real difference in the lives of CMNS students,” said Stacia Woycheck, assistant dean of student services for CMNS.

Each year since 2004, three academic advisors have received this university-wide award, which comes with a $1,000 prize and an engraved plaque. Advisors are nominated by their supervisors and peers, and all nominations are approved by the dean.

In her five years in the CMNS Dean’s Office with the Office of Student Services, Bent has gone “above and beyond” her job description, Woycheck said.

“As a graduate student advisor, she carries a caseload of advisees and participates in all of the typical advising programs,” Woycheck said in her nominating letter. “However, it is her desire to create a community for students and increase awareness, knowledge and discussion of social justice that has been a consistent presence since she began her position."

Bent has dedicated her career to serving students’ best interests, which includes creating an environment where all students can thrive. In addition to her role as a graduate assistant and academic advisor in the Office of Student Services, she is pursuing a Ph.D. in higher education, student affairs and international education policy with a concentration in student affairs. She also teaches UNIV 100 and works on CMNS’s TerrapinSTRONG program, which aims to advance diversity, equity and inclusion (DEI) in the college.

All of these experiences have shaped her views on advising.

“When it comes to academic advising, my Ph.D. program has helped me think about the challenges that students who come from marginalized backgrounds might experience within an academic setting,” Bent said. “So it has helped me to recognize those disadvantages, identify ways I can make college equitable for students and know how to advocate for students."

As an advisor, Bent primarily supports first- and second-year biological sciences majors. She said she can connect with science, technology, engineering and mathematics (STEM) students on a deeper level because of her own educational background.

“My background is in student affairs, but my undergrad degree is in applied math, so I have this special heart for STEM students,” she said. “I realize how difficult STEM majors can be, and I can relate to how students see the world and how they move through their college experience.”

Bent said she especially enjoys working with students to explore their values and identities in a constructive way, as well as helping students consider career paths they might not have known were possible. Bent has seen a number of STEM students with an interest in social justice, and she likes to let them know that they don’t have to choose between the two.

“I think about Gen Z, and there are so many students who feel passionate about doing social justice work,” she said. “What I feel really excited about with TerrapinSTRONG is that we are able to structure the program in a way that makes students realize that they can work towards social justice as a STEM Major. They don’t have to see it as an either/or.”

When Ryan was an undergraduate student at Purchase College in New York, she faced some challenges and considered dropping out. Her advisor helped her stay the course and graduate—and she is grateful to this day.

“I went into advising because, as a student, I had a really good relationship with my advisor and I never felt uncomfortable going to them when I had a problem,” Ryan said. “When I thought I was going to drop out of college, they coached me through the issues that I was having. Had I not had that relationship with my faculty advisor, I definitely wouldn’t be where I am now.”

Ryan now holds two master’s degrees from UMD (M.A. ’14, American studies; M.A. ’21, higher education, student affairs, and international education policy with a concentration in higher education) and gets to pay it forward as an advisor with IMD, where she also serves as assistant director. She joined UMD in 2013 and previously worked in the Freshmen Connection Program and as an advisor in both the Department of Computer Science and the Office of Letters and Sciences.

IMD is a cross-disciplinary major that blends art with computer science and offers an option of a B.A. or B.S. track. When the program first launched in 2021, students who were interested in IMD started coming to Ryan for advice. She recalled a particularly memorable conversation with a student who was struggling with their major but worried that switching to IMD would set them back.

Ryan worked with them to ease their concerns, and the student made the switch and never looked back.

“It was like I was meeting with a completely different person. They were so happy to be in the major, and they were beaming from ear to ear,” Ryan said. “What was so gratifying was that they said to me, ‘You know, when I come and talk to you, it’s the most comfortable conversation I’ve ever had with an advisor before.”

Roger Eastman, the director of IMD, said Ryan makes students feel comfortable opening up to her.

“I hear frequently from students that she is extremely warm, caring, accepting and supportive,” Eastman said in his nomination letter. “She curates her office with personal items that express her own interests to provide openings for conversation. She communicates with students in an open and nonjudgmental way, making it easy for them to approach her with their questions, confusions and struggles.”

Like Bent, Ryan also looks for ways to make structural changes that directly benefit students. Although IMD is still in its infancy, she looks forward to representing students’ interests in future meetings with decision-makers.

“I can sit in this office and meet with students all day and feel a lot of joy from that, but there’s another level of joy that comes from going to a meeting and advocating for students, and a policy change happens as a result,” Ryan said. “It’s a good feeling.”