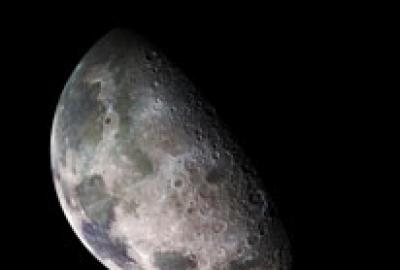 These craters hold interesting clues about the planet's atmosphere and interior, including how it formed and evolved over time.

An international team of researchers with NASA’s InSight mission located four new craters created by impacts on the surface of Mars. Using data from a seismometer and visuals acquired from the Mars Reconnaissance Orbiter, the team successfully calculated and confirmed the impact locations. This is the first time that researchers have been able to capture the dynamics of an impact on Mars. The researchers’ discoveries were published September 19, 2022 in the journal Nature Geoscience.

“Meteoroids and other projectiles in space can change the atmosphere and surface of any planet through impact,” said University of Maryland Geology Associate Professor Nicholas Schmerr, a co-author of the paper. “We’ve seen this on Earth, where these objects can hurtle through the atmosphere, hit the ground and leave behind a crater. But before this, we’ve never been able to capture the dynamics of an impact on Mars, where there’s a much thinner atmosphere.”

As space projectiles enter the planetary atmosphere and impact the ground, the projectiles trigger acoustic waves (sound waves that travel through fluid or gas) and seismic waves (waves that travel through a solid medium). Schmerr and his InSight colleagues used these waves, measured by the SEIS (Seismic Experiment for Interior Structure) instrument on InSight, to estimate the approximate locations of resulting impact sites, observing the unique physics that dictated the projectiles’ movements. The team then matched their approximations to visuals provided by high-resolution cameras, confirming the sites and accuracy of the team’s modeling.

These findings demonstrate how planetary seismology (the study of quakes and related events like volcanic eruptions) can be used to identify sources of seismic activity. According to Schmerr, this ability may help researchers measure how often new impacts occur in the inner solar system, where both Mars and Earth reside—an observation essential to understanding the population of near-Earth objects like asteroids or rock fragments that may pose a danger to Earth.

Additionally, using images to determine the precise location of these impacts makes their associated acoustic and seismic waves invaluable for studying the Martian atmosphere and interior. With a better understanding of marsquake locations, scientists will be able to gather essential information about the planet, such as the size and solidity of its core or its heating processes. Geophysicists like Schmerr anticipate that new advances in planetary seismology will allow them to better investigate underlying tectonic activities and other sources of seismic activity within Mars. The findings ultimately bring researchers another step closer to understanding planetary formation and evolution.

“Studying how impacts work on Mars is like opening a window into the fundamental processes of how terrestrial planets form,” Schmerr said. “All inner solar system planets share this commonality, including Earth.”

NASA’s InSight is a robotic lander designed to study the interior structure of Mars. Active since 2018, the lander is expected to continue the InSight mission until its ability to gather solar power is fully depleted.

The study, “Newly formed craters on Mars located using seismic and acoustic wave data from InSight,” was published in Nature Geoscience on September 19, 2022.