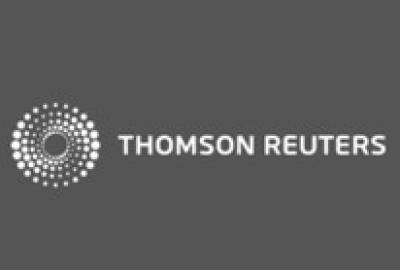 The National Academy of Sciences elected Distinguished University Professors Edward Ott and Richard Walker from the University of Maryland’s College of Computer, Mathematical, and Natural Sciences (CMNS) to its 2022 class of 120 members and 30 international members in recognition of their exceptional and continuing achievements in original research.

“I am thrilled that Dr. Ott and Dr. Walker have been elected to the National Academy of Sciences,” said CMNS Dean Amitabh Varshney. “They are world-renowned scholars and leaders in their fields. This honor is richly deserved, and we are proud to have them as colleagues here at Maryland."

Their election brings the number of CMNS faculty members in the National Academy of Sciences to 18.

Ott has joint appointments in the Department of Physics, Department of Electrical and Computer Engineering, and Institute for Research in Electronics and Applied Physics. He has spent his career conducting research in areas including the basic theory and applications of nonlinear dynamics, wave chaos, control of chaos, fractal basin boundaries, dynamics of large interconnected networks, chaotic dynamics of fluids, models of brain dynamics and learning, and weather prediction.

Of his NAS election, he said, "I feel greatly honored by this recognition of my work, and also regard this as a recognition of the important role that the general field in which I have mostly worked—nonlinear dynamics and chaos—is now playing in science and technology research.”

He joined the University of Maryland in 1979, after more than a decade as a faculty member at Cornell University. He received his B.S. in electrical engineering from The Cooper Union and his M.S. and Ph.D. in electrophysics at the Polytechnic Institute of Brooklyn, followed by a National Science Foundation postdoctoral fellowship at Cambridge University.

Ott was elected as a foreign member of the Academia Europaea in 2020 and is a fellow of the IEEE, American Physical Society, Society for Industrial and Applied Mathematics and World Innovation Foundation. He received the A. James Clark School of Engineering Outstanding Faculty Research Award in 2005.

“This is a great honor for my group's research being recognized at the national level. It is especially gratifying that the University of Maryland can nurture a small unit, such as the Department of Geology, so as to produce multiple members of the NAS,” he said.

Walker was elected last week to the American Academy of Arts and Sciences. He previously received UMD’s Kirwan Faculty Research and Scholarship Prize and was the first recipient of the College of Computer, Mathematical, and Physical Sciences Board of Visitors Distinguished Faculty Award in 2005. He was awarded the Geochemical Society Clarke Medal in 1990.

Darcy Long contributed to this article.