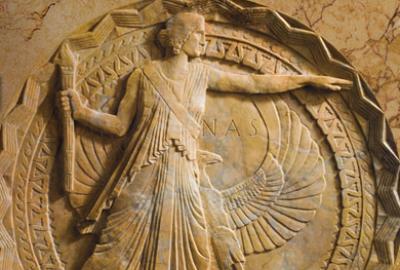 University of Maryland faculty member Richard Walker has been elected to the American Academy of Arts and Sciences, one of the nation’s oldest and most prestigious honorary societies. Walker, a Distinguished University Professor of Geology, is among the 261 new members elected in 2022 for their accomplishments in academia, business, government and public affairs.

“We’re extremely proud of this honor bestowed upon Dr. Walker,” said Amitabh Varshney, dean of UMD’s College of Computer, Mathematical, and Natural Sciences (CMNS). “He has been at the forefront of his field for decades and is most deserving of this most prestigious recognition from the American Academy of Arts and Sciences.”

Walker joined UMD in 1990 as an assistant professor and was promoted to associate professor in 1993 and to professor in 1998. He served as chair of UMD’s Department of Geology from 2016 to 2021.

“This is quite an honor,” Walker said. “The long-term support of the university, and especially the support and collaborations with my colleagues in the Department of Geology, including students, postdocs and my fellow faculty members, have been key to achieving this recognition.”

Walker received UMD’s Kirwan Faculty Research and Scholarship Prize and was the first recipient of the College of Computer, Mathematical, and Physical Sciences Board of Visitors Distinguished Faculty Award in 2005. He was awarded the Geochemical Society Clarke Medal in 1990.

His election brings the number of CMNS faculty who are members of the American Academy of Arts and Sciences to 14.

The American Academy of Arts and Sciences was founded in 1780 by John Adams, John Hancock, and others who believed the new republic should honor exceptionally accomplished individuals and engage them in advancing the public good. According to the Academy, its dual mission remains essentially the same with honorees drawn from increasingly diverse fields and whose work focuses on the arts, democracy, education, global affairs, and science.