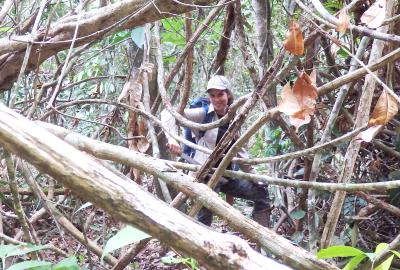 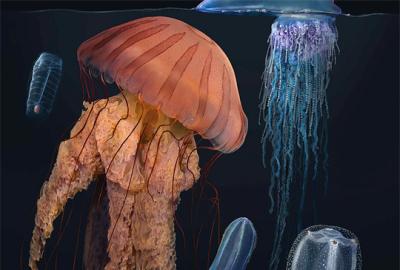 When University of Maryland biological sciences Ph.D. student Anshuman Swain got the call that he had been named a 2022 Junior Fellow in the prestigious Harvard Society of Fellows, he thought it was a prank call.

“It was a Sunday evening and I'm used to email acceptances, so getting a call is something I am not used to,” Swain said. “But it was the official number of the Society of Fellows. I was like, in disbelief for a few days, because the other people I met who were candidates were amazing and had done incredible work.”

Swain had already been selected for a James S. McDonnell Foundation 21st Century Postdoctoral Fellowship for multidisciplinary research. Like the McDonnell award, the Harvard Fellows competition was stiff. Ph.D. candidates from around the world, in any area of study, can compete for a Junior Fellowship. According to the Society’s website, “Junior Fellows are selected for their resourcefulness, initiative, and intellectual curiosity, and because their work holds exceptional promise.” Only nine junior fellows were elected last year from across all academic disciplines.

“It's an independent fellowship,” Swain said, “so it gives you three years of complete intellectual freedom. You can pursue whatever questions you want, in whatever form you want. I will get to direct my own research program.”

Swain successfully defended his dissertation in March, focusing on theoretical ecology in the lab of Distinguished University Professor of Biology Bill Fagan. Maryland was just the latest stop in what Swain sees as a journey of exploration that began in his hometown of Odisha, India.

“It's one of the, like you would say here, poster boys of poor states in India,” Swain said. “I didn't have access to a lot of educational resources, but I was fortunate. My dad is a first-gen student. He got a Ph.D., and nobody else before him in his family had ever gone beyond high school.”

Swain said he first “fell in love with physics,” but when he was doing undergrad studies at the Indian Institute of Science, he was exposed to ecology and evolution for the first time. He went on ecological expeditions that ignited an interest in a new hobby—wildlife photography—and opened his eyes to new research possibilities. When he applied to graduate school, Swain was attracted to Fagan’s lab because he would have full independence to study whatever interested him.

“I explored things all the way from fish behavior to microbes to butterfly wings,” Swain said. “I just wanted to see what's out there. Then I started working on microbial ecology models, how microbes interact with each other and structure the world in which they reside.”

Microbial interactions ended up being the subject of Swain’s Ph.D. dissertation. With Fagan and Levi Fussell from the University of Edinburgh, Swain recently published a paper based on that research in the Proceedings of the National Academy of Sciences (PNAS). By combining math and biology, they came up with a new model of how microbes interact, evolve and form communities.

“Earlier models only focused on the end result and not the path,” Swain explained. “But that is never true in real systems. Things are never stable. Things keep changing all the time. So what we showed was the path the community takes in time, as well as in space, to reach stability is the best predictor of the final state.”

To create the model, Swain worked with computer scientist Fussell to run over 10 million biologically realistic simulations on UMD’s high-performance computing cluster, where it ran for 2 1/2 months. The result was an almost artistic moving image of how microbes move and evolve in time and space.

After the paper was published in PNAS, “a few scientists working on mathematical oncology and cancer therapies wrote to us,” Swain said. “They thought the model was very useful for not just thinking about microbes, but also cancer cells. Especially how does the spatial and temporal heterogeneity of these tumors evolve?”

As Swain heads to Harvard to begin his Junior Fellowship this summer, his next research will take him back millions of years to look at how plant-insect interactions evolved over evolutionary time, an interest sparked by his work with Smithsonian researcher Conrad Labandeira during his time at Maryland. Swain will get out of his comfort zone and extend the computational tools developed during his Ph.D. work to explore fossil plant-insect associations.

Swain’s experience at Maryland and in other collaborative programs convinced him of the value of working with people with different ideas.

“I think the best science comes when you learn from them and they want to learn from you,” Swain said. “You'll be surprised at how many people are open to that and get excited about new ways of thinking about problems.”

One of those people is his advisor Fagan.

“It's been an incredible journey with him,” Swain said. “He's a fantastic mentor. I cannot describe how much he has helped me be what I am today.”

About the next leg of his journey, Swain said, “I'm taking a big risk, I am just jumping straight into paleontology. If you don't take risk, it might be a smooth journey, but you won't have the excitement, which comes with risks. That's what I have been doing and thankfully it has worked out.”