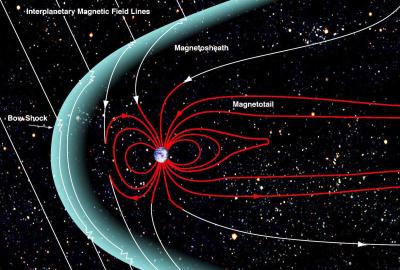 $32.5M Cooperative Agreement Between NASA and UMD Expands Public Access to Data on Comets, Asteroids and Other Small Bodies

In November 2021, NASA extended a cooperative agreement with the University of Maryland, providing $32.5 million for UMD to continue managing and administering the Small Bodies Node (SBN) of NASA’s Planetary Data System. The Planetary Data System program ensures that data collected on NASA missions is cataloged, archived and made publicly accessible for future studies. The SBN is the branch of that system that houses data on asteroids, comets, meteorites and other small objects in space. The SBN also houses data from other space agencies and citizen scientists.

"The Small Bodies Node is an exceptional example of the University of Maryland's commitment to strengthening research and education through federal partnerships," said Amitabh Varshney, UMD's interim vice president for research and dean of the College of Computer, Mathematical, and Natural Sciences. "The Small Bodies Node plays an important role in discovery and advancing our knowledge of the universe."

The agreement will enable the SBN to improve and expand services through 2026. The funds will also support the Minor Planet Center, an SBN subnode hosted by the Center for Astrophysics, which is jointly operated by Harvard and the Smithsonian. The Minor Planet Center serves as the international clearinghouse for reported positional data on all comets and asteroids, classifies the orbits of newly discovered objects and supports efforts to follow up on near-Earth objects by astronomers.

“Every time NASA runs a mission to explore something in space, there is all this data collected—whether it’s spectral data, radar data, telescope data, photographs—and our goal is to make sure that data is not lost and is useful to future generations,” said James Bauer, a research professor in UMD’s Department of Astronomy and principal investigator for the Small Bodies Node.

The cooperative agreement between NASA and UMD was forged in 2015, but the SBN was established at UMD in 1995 by the late UMD astronomer Michael A’Hearn, who led the Deep Impact Mission, which successfully collided with comet Tempel 1 to reveal its sub-surface composition. Since its establishment, the node archived data from the New Horizons mission to Pluto and the Kuiper belt, the European Space Agency’s Rosetta mission and other missions. More than 101 peer-reviewed journal articles have referenced Small Bodies Node datasets.

In addition to housing NASA mission data, the SBN maintains the online archiving facility, a web application that allows individuals to submit data to be archived and made available to the public. The SBN also provides multiple tools for public access to all of the data it houses.

SBN search tools include the Data Ferret, which contains physical and orbital data on every small body in the archive, and the Small Bodies Image Browser, which provides a map-based search for images from missions to small bodies. Another search tool, designed by UMD astronomers, is called CATCH (for Comet/Asteroid Telescopic Catalog Hub) and allows users to search through ground-based, all-sky surveys for images containing specific comets and asteroids, including publicly available images from outside the Planetary Data System. On average, users download more than 10,000 images per month from SBN.

Renewal of the agreement will allow the SBN to continue its mission through 2026 while upgrading its platform and expanding services. Among the upgrades, the Small Bodies Node will:

With the expanded services, Bauer said the node expects to scale up its holdings from around 100 terabytes of data to thousands of terabytes and plans to develop specialized tools to make data searches quicker and more efficient. The team also plans to increase accessibility of the data among users with different computer systems and across a variety of application program interfaces.

“As more analytical tools become available, we can continue to learn from the data, but it needs to be categorized and identified in a standardized way so that people can recognize and use the data several years or even decades later,” Bauer said.

The $32.5 million cooperative agreement includes funds to enhance Minor Planet Center activities as well as a subcontract administered by Bowie State University to enhance the discovery of SBN data use by the public. The agreement will also enhance activities by the International Asteroid Warning Network through a subcontract to NEO Sciences, LLC.