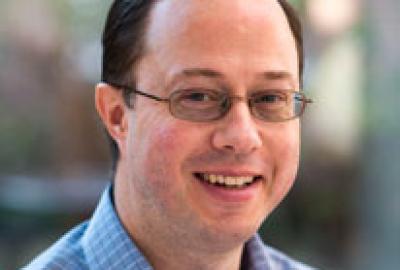 Clark is president and CEO of Defenders of Wildlife, a national conservation organization that works to protect and restore imperiled species and habitats throughout North America

Jamie Rappaport Clark (M.S. ’83, marine estuarine environmental sciences) has spent decades advocating for the voiceless as a wildlife biologist. Throughout her almost 40-year career, she played a pivotal role in helping to remove peregrine falcons from the endangered species list, oversaw the establishment of 27 new wildlife refuges, presided over the recovery of key endangered species such as the bald eagle, and testified before Congress in support of strong fish and wildlife conservation laws.

“I'm motivated to be an advocate and a spokesperson for those that have no voices,” Clark said. “I stand up for the critters of this country that need someone to speak up for them. I also wanted my son to be able to grow up in a world where he could hear wolves howling and see bald eagles flying overhead.”

Clark is president and CEO of Defenders of Wildlife, a national conservation organization that works to protect and restore imperiled species and habitat throughout North America. She will be the spring 2021 commencement speaker for the University of Maryland’s College of Computer, Mathematical, and Natural Sciences.

“It’s a bit surreal that I will be giving this year’s commencement speech,” she said. “It means a lot to me because it’s real validation that the path I took in life was a good one and made a difference. In many ways I still see myself as a little girl who just loves to play outside by herself and loves animals.”

Clark has never known a time in her life when she did not love animals. A shy child, she spent a lot of her time outdoors and enjoyed the feeling of being one with nature.

“I don’t remember ever not loving wildlife,” she said. “I grew up in the military and we moved so often, which made it difficult to make friends. I spent most of my time outdoors and always loved animals, but I didn’t realize it could be a career until much later.”

Clark went to college at Towson University and planned to become a veterinarian, but during the summer of 1978 she had an experience that changed her life.

“I was on track to go to veterinary school, and the summer before I graduated I had the opportunity to work with The Peregrine Fund to reintroduce peregrine falcons—which at the time were very close to extinction—back into the wild,” she recalled. “Spending eight weeks getting the falcons ready to fly and return to the wild as a part of a big nationwide endangered species recovery effort made me forget vet school, and that’s how I ended up at the University of Maryland to pursue my master’s in wildlife ecology.”

While at Maryland, Clark learned about the ecology, habitat and conservation of wild animals, and she realized that pursuing her passion of saving wild animals could actually be her career.

“If something is going to be your career, you really need to love it and believe it,” she said. “I believe so much in the importance of saving all of the pieces of nature, and my time at Maryland gave me the specific educational foundation that I needed to do that.”

Clark’s work with The Peregrine Fund allowed her to realize the impact that she could have on the world with her work, and it is something that still drives her to this day.

Thanks in part to her work back in 1978, peregrine falcons have since been removed from the endangered species list, and Clark had the honor of being the one to remove them from the list in 1999 as then-director of the U.S. Fish and Wildlife Service.

“Announcing the recovery of the peregrine falcons and that the Endangered Species Act protections were no longer necessary is probably the moment of my career that I’m most proud of,” she said. “I remember spending that summer working to reintroduce them to the wild and we were actually able to save them. It was such an amazing feeling.”

Clark’s time at Maryland gave her the confidence to pursue her passion and make a difference.

“Being a graduate student at Maryland gave me important access to great courses and wonderful hands-on experiences, but the people that I worked with at UMD allowed me to realize that I could pursue a very fulfilling and important career doing something that I love,” she said.

Now, Clark hopes to use her commencement speech to motivate this year’s graduates to pursue important and fulfilling careers themselves.

“Their voices and their engagement are needed now more than ever to not only save the planet but to make a difference in our society,” she said. “There's no doubt in my mind that hardworking, passionate people can make a difference. And I'm a perfect example of that.”