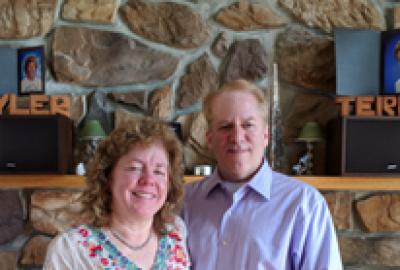 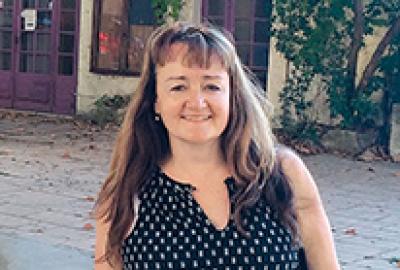 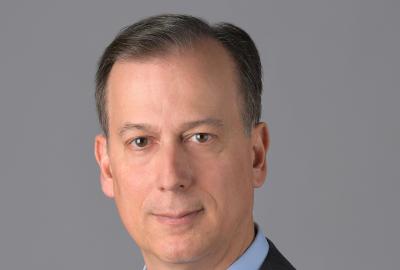 From a Passion for Science to a Successful Career in Biopharmaceutical Research
Biochemistry alumnus Michael Severino makes his mark as a leader in the pharmaceutical industry.

From a Michelson Interferometer to Matrimony

It was a match made in 1973 in a high school physics class in Wheaton, Maryland. Terrie—it was Terrie Fielden back then—and Henry Barry remember it like it was yesterday.

“We were seniors having only calculus and physics together, first and second hours each day,” Terrie recalled. “We were paired for a project where we were nose-to-nose over a Michelson interferometer. So, while we were measuring light, that was ‘the spark.’”

“Over the years, I have told people how we really met over a high school physics experiment to measure the speed of light,” Henry added. “They are usually A) impressed or B) scared! Two nerds at heart.”

Henry and Terrie went on their first date on November 3, 1973, and the rest, as they say, is history.

“Henry says that he saw this cute girl that he wanted to talk to, and none of his nerdy friends was bold enough to do it, so I guess he won the day,” Terrie explained. “We started dating after he did not ask me to homecoming and we have been a couple ever since. Does this define ‘high school sweetheart?’”

After Henry and Terrie graduated from high school, both stayed in Maryland for college, though it was a year before the two would actually attend the same school.

“Henry began at the University of Maryland in fall 1974 with an interest in physics and math, but an eye to studying medicine,” Terrie explained. “I came to Maryland a year later after my first year of college at Montgomery Junior College. We spent every day commuting, living at home to save money.

By the time they were both studying at Maryland, Terrie and Henry were virtually inseparable. They studied together and carpooled to campus together. And they quickly fell in love with college life, Maryland sports, and, of course, each other.

“We were avid sports fans, waiting in line in the dark to obtain basketball tickets,” Terrie said. “We almost never missed football home games, arriving early to get seats in the student section and bringing our books to study three hours prior to kickoff. We ate food at local hangouts like Tippy’s Taco House and McDonald’s, where one of our organic chemistry professors held impromptu student help hour while he ate the same thing every time—a fish sandwich. Our favorite was Turner Hall, for ice cream and sandwiches when we had a few extra pennies for the splurge.”

On Valentine’s Day during their senior year, Henry popped the question.

“Henry proposed on Valentine's Day 1978 in his mother's galley-style kitchen, after we got home from classes that day,” Terrie said. “He didn’t have a ring yet, but he told his mother we were going to get married. I think I was more shocked than she was.”

“My proposal was not very romantic,” Henry admitted. “I gave her a Valentine’s card where I asked her to marry me. Silly woman, she said, ‘Yes!’”

That spring, Terrie and Henry graduated from Maryland, Terrie in chemistry, Henry in biochemistry, and like most everything else they did at Maryland, it was a special experience they shared together.

“We were both the first in our families to graduate from college…and our proud parents and grandparents came to town to see it happen,” Terrie said. “I think this was the happiest day of my life. With all due respect to Henry when we married, this degree was just so important to me.”

Soon after graduation, Henry went to medical school at the University of Maryland, Baltimore.

Terrie worked as a research assistant in the UMB Pharmacology Department. And that December, though money was still tight, Henry finally gave Terrie an engagement ring.

“A family friend had given me a used microscope, so I used the money I had been saving for one to purchase the ring,” Henry recalled.

The couple tied the knot the following year in their hometown of Wheaton. And at the reception, the teacher from the high school physics class where Terrie and Henry met caught the garter.

In the years that followed, Henry graduated from medical school and the couple moved to Lansing, Michigan, where he did his residency in family medicine. Next, it was on to West Virginia, where he worked as a primary care physician in a public health service clinic.

In 1989, Henry accepted a position as an assistant professor of family medicine at Michigan State University. A year later, their daughter, Elizabeth, was born. Henry eventually became a full professor, then acting chair, and finally senior associate dean for faculty affairs and development in the medical school’s dean’s office before retiring in 2019. Meanwhile, Terrie devoted herself to volunteer work and supporting the local arts community.

“Terrie has a big heart,” Henry explained. “She gives much of herself for the betterment of others, whether raising scholarship money for disadvantaged youth, volunteering to make costumes for the local children’s ballet or high school choir and drama department, or in the choice of causes to which we donate.”

Now, more than four decades since Terrie and Henry graduated from Maryland and even longer since they met, their relationship is still going strong. So is their passion for their alma mater.

“Terps for life! Heavens, yes!” Terrie said enthusiastically. “We still try to visit campus when we get back to visit family, stop in the bookstore for the required fan attire, and it’s always amazing to see what has been built and changed in 40 years. We support Maryland specifically on an annual basis including the School of Music and Department of Chemistry and Biochemistry. We always fly our Maryland state flag and occasionally our Maryland Terp flag on game day and the neighbors are always commenting. We wear our Terp colors almost daily!”

As for the secret to their decades of success as a loving couple, it’s all about cultivating common interests, supporting each other and, most of all, finding joy every step of the way.

“Be content with what you have,” Terrie said. “There will be times of great happiness and also sadness, but finding joy in every day and knowing the stability of contentment cannot be undervalued.”

“My father said the secret to staying married for 65 years was to never say no to your wife,” Henry said. “Terrie and I don’t necessarily subscribe to that. When we disagree, we try to disagree constructively. We respect each other’s ideas and opinions and agree on the important things. All these things, and more, keep love fresh and alive.”