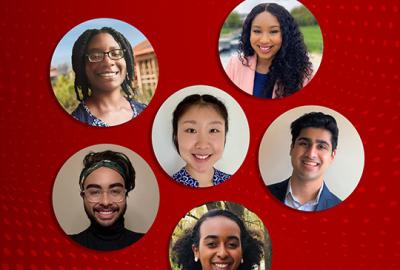 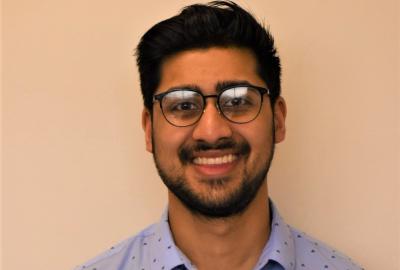 UMD Senior Veeraj Shah Named a 2021 Rhodes Scholarship Finalist
Shah was also a finalist for the Marshall and Truman Scholarships. He is pursuing dual degrees in biological sciences and individual studies.

Shah—who will graduate this May from UMD with dual degrees in biological sciences with a specialization in neurobiology and physiology and individual studies majoring in health policy and technology—plans to use the scholarship toward a Ph.D. in public health and primary care at the University of Cambridge as a member of St Edmund's College. Following his Ph.D., Shah plans to earn his M.D. at the Icahn School of Medicine at Mount Sinai in New York City.

“My Ph.D. research combines my interests in preventive health and technology toward improving cancer prevention,” Shah said. “Specifically, I will develop and evaluate technology that automates provision of information on cancer-preventive lifestyle behaviors. My hope is that this research will provide evidence to integrate this technology into existing National Health Service primary care programs and help millions better manage their health.”

A native of Severna Park, Maryland, Shah received a citation from the Integrated Life Sciences program in the Honors College and was a finalist for the Rhodes, Truman and Marshall Scholarships. He has pursued a wide variety of research, policy, service and entrepreneurial opportunities while at UMD.

He is co-founder and CEO of Chat Health, which uses artificial intelligence text messaging technology to improve access to preventive care services and promote health literacy among students and low-income communities.

“I began noticing how many UMD students were not getting access to accurate and real-time information on preventive care services and other health topics,” Shah said. “Knowing that the majority of college students access information via their cell phones, I reached out to friends in our computer science department with my idea for bridging this information gap.”

In just a few months, Chat Health debuted. And in March 2020, the company launched a COVID-19 prevention chatbot platform that has already been used by 4,000 individuals. In January 2021, the company launched a text messaging chatbot platform to improve UMD student adherence to COVID-19 prevention protocols, in partnership with the UMD Student Health Advisory Committee. They are also working to launch a Chat Health mobile app nationally.

Shah also co-founded and serves as co-CEO of Vitalize App, which launched in January 2020 to improve the wellness of health care professionals using tailored mindfulness and resilience practices. The company has already participated in Terp Startup, a summer accelerator program for student entrepreneurs; raised $15,000 in grant funding; and built a team of 10 user-experience designers and backend app developers. The team is currently beta testing its app with over 100 clinicians and preparing for a public launch in September 2021.

“I am excited by the opportunity to use technology to help an overburdened population and, as a downstream outcome, improve the quality of care for patients,” Shah said.

In addition to running two companies, Shah was a health policy intern with the former U.S. surgeon general, Dr. Jerome Adams. In this role, Shah contributed to the article “Preventing Suicide in the United States” that was published in Public Health Reports in December 2020 and contributed to the 2021 report “Community Health and Economic Prosperity: Engaging Businesses as Stewards and Stakeholders—A Report of the Surgeon General.”

As a health and human services intern in the Office of the Prince George’s County Executive during his sophomore year, Shah identified gaps in the county’s early childhood services. He worked with the county’s chief health administrator to develop a policy framework addressing these gaps. The framework, which was approved by the county executive in late 2019, led to Prince George’s County becoming the first U.S. county to receive recognition as a UNICEF “Child Friendly City.”

When he’s not working, Shah volunteers his time to help the UMD community and beyond. He served as the student member on the School of Public Health’s Dean’s Community Advisory Council and as a student member on the University Senate Research Council. He is also president of the student organization Public Health Beyond Borders, where he is currently leading initiatives to start partner chapters at other U.S. universities.

Shah’s long-term plans focus on developing and implementing digital health technologies to improve health care delivery and chronic disease management. As a health technologist, policymaker and clinician, he hopes to contribute to a future where access to safe, efficacious and cost-effective health care is universal.