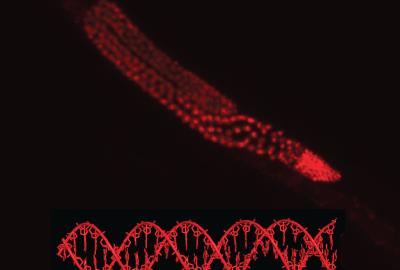 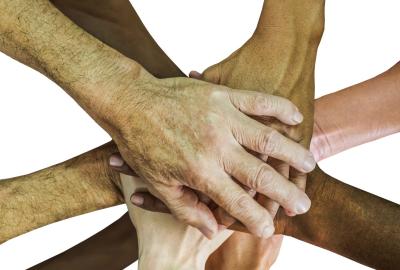 DNA May Not Be Life’s Instruction Book—Just a Jumbled List of Ingredients
UMD researcher develops potentially revolutionary framework for heredity and evolution in which inheritable information is stored outside the genome. 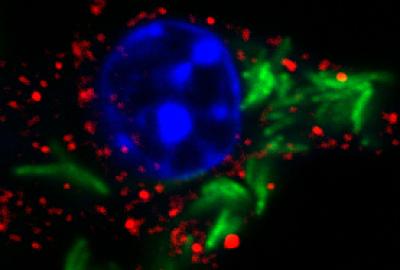 A new study of 1,443 medications found that three prescription drugs currently on the market caused unexpected changes in worms that could point to potential, unrecognized effects in humans.

The study shows that a microscopic nematode worm called C. elegans, which is commonly used in biology experiments, can serve as a quick, inexpensive tool to identify targets for drug safety or efficacy studies. This work also highlights the need for continued evaluation of medications even after Food and Drug Administration (FDA) approval. The research was published online on July 23, 2020 in the journal Chemosphere.

“We did not expect to see anything so dramatic and obvious, but three medications caused distinct physiological changes in these worms,” said Antony Jose, an associate professor of cell biology and molecular genetics at the University of Maryland and senior author of the study. “This really highlights how underexplored these drugs are.”

Jose emphasized that the study does not conclude that the three drugs, which have been approved by the FDA, are toxic to humans or have unidentified side effects in humans. The research showed these drugs, which are currently on the market, may have impacts on cellular processes that haven’t been previously explored according to the scientific literature.

C. elegans has thousands of genes that are similar to human genes and share similar biological functions, which is why the worms are sometimes used in early toxicity tests for new compounds. If further investigation reveals that the compounds affect genes or cellular processes in C. elegans that are shared with humans, additional studies may identify potential side effects or provide insights into how the drugs work on a molecular level that could improve future drug development.

In the current study, the anticoagulant ticlopidine and the antifungal sertaconazole caused bubbles that appear to be accumulated medication in the worms’ throats, physically distorting that part of their bodies. In some cases, the worms died after exposure to the drugs, but it is unclear whether death was caused by the accumulation in the throat or some other mechanism. Ticlopidine is sometimes used for preventing blood clots when a stent is inserted to open a patient’s blood vessel, and sertaconazole is used to treat athlete’s foot.

The third medication, dexlansoprazole, is a proton-pump inhibitor used to treat heartburn. This medication caused molting defects in the worms. Although humans don’t molt, the C. elegans genes involved in molting are similar to human genes involved in secreting collagen, which is the main structural component of connective tissues, such as skin and cartilage. This means the molecular processes that enable molting in C. elegans could be similar to those that enable collagen secretion in humans, and if the medication interrupts one of those processes, it may also affect collagen secretion in humans.

The researchers made their discovery serendipitously while lead author, Kyle Galford (B.S. ’19, biological sciences), who is now employed at Novogene, was searching for drug compounds that could disrupt gene regulation. To conduct the study, Galford applied drops of 1,443 different FDA-approved medications into different petri dishes containing C. elegans worms.

Although almost all drugs are tested for toxicity in mammals such as mice before being advanced to human trials, it is currently impossible to screen for every potential physiological effect of a drug before it is allowed on the market. This sometimes means side effects are discovered years after a drug is in use.

The current study suggests that evaluating medications already on the market using a simple, well-studied organism like C. elegans could provide an easy, inexpensive method to identify areas where further research could be useful.

“To think about unforeseen risk, we need a different mindset,” Jose said. “Even the most commonly used drugs aren’t exhaustively studied before they make it to market. But we may think that just because they are so commonly used, we must already know everything about them. The more people are exposed to a drug, the more we need to study it.”

Jose intends to continue investigating the effect of these drugs in C. elegans to better understand how they interacts with animals and whether they could affect biological processes such as collagen secretion in humans.

This work was supported by the National Institutes of Health (Award No. R01 GM124356) and the Tier 1 Faculty Incentive Program at the University of Maryland. The content of this article does not necessarily reflect the views of these organizations.

The research paper, “The FDA-approved drugs ticlopidine, sertaconazole, and dexlansoprazole can cause morphological changes in C. elegans,” Kyle F. Galford and Antony M. Jose, was published on July 23, 2020, in the journal Chemosphere.