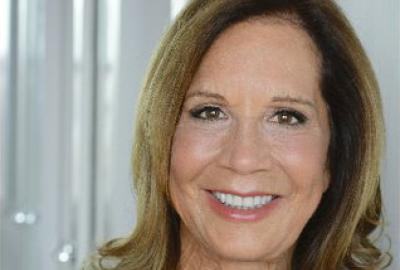 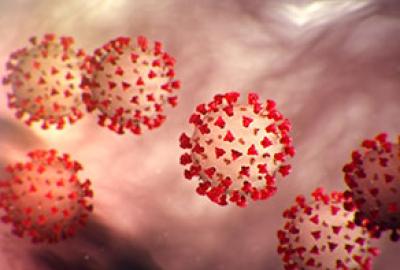 “I don’t know how I was infected. I took every precaution,” said Jonathan Dinman, professor and chair of the University of Maryland’s Department of Cell Biology and Molecular Genetics. “The irony of the virologist being infected with COVID-19 does not escape me, that’s for sure.”

Dinman has spent years studying dangerous viruses but getting one himself was something else altogether. He suspects it may have happened one day in April when he left the house to buy groceries.

“I was standing in line to get into the grocery store,” Dinman said. “I was masked, I was socially distanced appropriately, they had tape every six feet, but I do remember the wind was blowing straight up the line, and I remember thinking, ‘Oh no, if somebody upwind of me has the coronavirus, I’m in trouble.’”

A few days later, the symptoms started. Mild at first, they soon got much worse, leaving him feverish, exhausted and miserable. Dinman’s test for COVID-19 quickly came back positive. And as the days passed, the virus just wouldn’t let up.

“It was just continuous fever and chills,” Dinman said. “I did my best to stay hydrated. I powered down Gatorade because I knew that people get into trouble. They sweat so much from the fevers that they become dehydrated.”

It wasn’t long before he realized he had to go to the hospital.

“I just couldn’t get ahead of it. I gathered up my cellphone and charger, driver’s license and my insurance card, staggered downstairs and told my wife it was time,” Dinman said. “She took me to Suburban Hospital in Bethesda, and I started zombie-walking to the ER. Within 10 minutes, I was in a negative-pressure isolation room on oxygen, my sodium level was extremely low so they put an IV in me, and the chest X-ray showed bilateral infiltrates, which means I had double pneumonia.”

Dinman spent eight days in the hospital, and during that time became the first Johns Hopkins Medicine patient to be treated with the investigational antiviral drug remdesivir.

“It really did knock down the virus so my immune system could get out in front,” Dinman said. “I definitely felt the difference.”

He went home on Memorial Day, still weak, but finally feeling like he’d turned the corner.

For years, Dinman has been investigating a process in viruses called programmed-1 ribosomal frameshifting (-1 PRF), which presents a promising target for antiviral drugs. Ironically, just weeks before he got sick, Dinman shifted his research to focus on the -1 PRF signal in SARS-CoV-2, the coronavirus that causes COVID-19. In April, he received a $20,000 Coronavirus Research Seed Fund Award from UMD’s Division of Research to support this research.

Once inside of cells, coronaviruses follow a three step “program.” In the first stage, proteins are made that take over the cell and slow down the immune response. These proteins effectively hijack the cell.

Stage two starts with the tripping of a physical switch in the virus’s RNA. This triggers production of the protein that is responsible for making more viral genomes and RNAs that code for new proteins that are used to make new viruses. The third stage involves packaging the new viral genomes into virus particles. This gives the virus a way to make millions more viral particles and then get out of the cell and spread through the body.

“We’re working on that switch that is the link between the first and the second stage, the little trick called -1 PRF,” Dinman explained. “It’s a way that the virus is able to redirect the ribosome, which is the cellular machine that synthesizes protein, from one phase to another. We understand exactly what the switch is, what it looks like, and its RNA sequence and structure.”

Dinman’s team discovered that when that viral switch can be identified and disrupted, it can knock out the ability of a virus—in this case, COVID-19—to multiply.

“The antiviral aspect we have found is that if you mess with this switch it really messes up the virus’s computer program and really knocks out the ability of the virus to replicate,” Dinman said.

Dinman plans to publish preliminary results of his COVID-19 research this summer and he’s hopeful those results will make his work competitive for a National Institutes of Health grant to continue this research. He is also collaborating with other scientists who are working to develop antiviral drugs. It’s all part of a much bigger, worldwide effort sparked by the COVID-19 pandemic.

“The progress I’ve seen, the rate of discovery, with this virus is just astounding,” Dinman said. “I am confident that within the next half-year we’re going to see a bunch of new drugs that show great promise in knocking out the virus.”

Dinman’s personal experiences with COVID-19 give his research new meaning.

“Having lost my father-in-law to it, having suffered through a severe bout of it myself, and having seen other members of my family have it, this is personal,” Dinman said. “One of my colleagues said, ‘Well, it’s obvious the virus is trying to get you before you get it.’ So, I really do think it’s important work.”

As he was recovering from the virus, Dinman made one more very personal contribution to COVID-19 research—he donated blood. At the University of Maryland, Baltimore, medical researchers will extract DNA from Dinman’s white blood cells, then send it to the University System of Maryland’s Institute for Bioscience and Biotechnology Research.

Now that he’s on the mend, Dinman hopes his story can help others understand just how dangerous this virus is.

Dinman may never know exactly how he got COVID-19, but it’s not an experience he’s likely to forget.

“I don’t want to get anything like that again,” he said. “It was the worst thing possible. Just a horrible experience.”