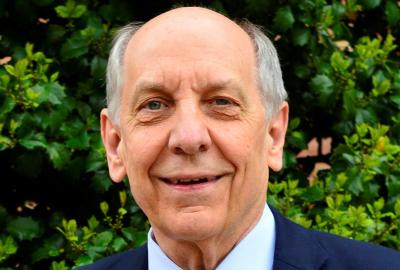 Esteemed NOAA Meteorologist Louis Uccellini Joins the University of Maryland Faculty
He will hold a joint appointment in the Department of Atmospheric and Oceanic Science and the Earth System Science Interdisciplinary Center. 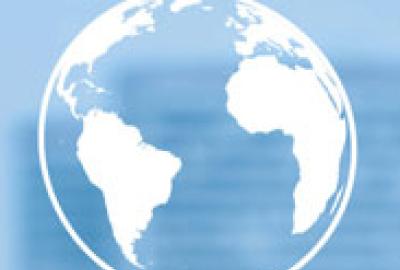 Professor Sumant Nigam will begin a three-year term as chair of the University of Maryland’s Department of Atmospheric and Oceanic Science (AOSC) on July 1, 2020. Nigam succeeds Fernando Miralles-Wilhelm, who served as chair for two years before being named dean of the College of Science at George Mason University in Virginia.

“I’m delighted to welcome Sumant to the college’s leadership team,” said Amitabh Varshney, dean of UMD’s College of Computer, Mathematical, and Natural Sciences. “Sumant has been a wonderful asset to the department for more than 30 years, and he will be a great leader as AOSC continues to grow and distinguish itself.”

A climate scientist, Nigam joined UMD in 1987 as a research faculty member and in 2003 became a tenured professor. He also holds a joint appointment in the university’s Earth System Science Interdisciplinary Center.

“I look forward to elevating AOSC’s campus and national presence, including its academic gravitas and research heft, in the coming years,” Nigam said. “Enhancing the academic enterprise will require offering exciting new courses and a renewed commitment to graduate and undergraduate teaching and recruitment.”

Through his research, Nigam uses observational analysis, theory and dynamical modeling to gain insights into the structure and mechanisms of midlatitude climate variability, ocean-atmosphere interactions, droughts and deserts, monsoon variability, and global warming.

He is currently working to unravel the natural variability and climate change components of the observational record to advance understanding of the steep warming of the northern continents, loss of Arctic sea ice and the warming of West Antarctica. He also studies the evolution and hydroclimate impacts of the Atlantic Multidecadal Oscillation—a 50- to 70-year cyclical variation of North Atlantic sea surface temperatures.

“Atmospheric and oceanic science are at the core of climate science and fundamental to understanding and predicting climate variability and climate change—a profound and complex challenge confronting society,” Nigam said. “I am excited to lead a department that has deep expertise and notable accomplishments in these areas.”

Before being awarded a 2020 Fulbright-Nehru Fellowship, Nigam chaired the American Meteorological Society’s Committee on Climate Variability and Change (2014-18) and led the drafting of its 2019 Information Statement on Climate Change.

He has also served in multiple capacities to help the National Center for Atmospheric Research (NCAR) fulfill its mission. He has served on the NCAR Advisory Panel, chaired the advisory panel for NCAR’s Climate and Global Dynamics Laboratory (2015-18), and co-chaired the Climate Variability Working Group of NCAR’s Community Climate System Model (2005-09).

Nigam was a Jefferson Science Fellow at the National Academy of Sciences (2016-17) and previously served as a member of the Academy’s Board on Atmospheric Sciences and Climate (2011-12) and its Climate Research Committee (2008-10). He also served as director of the National Science Foundation’s Large-scale Dynamic Meteorology Program (2000-03).

Nigam earned his master’s degree in physics from the five-year integrated science and engineering program at the Indian Institute of Technology Kanpur in 1978, and his master’s and Ph.D. in geophysical fluid dynamics from Princeton University in 1981 and 1984, respectively. He joined UMD after a three-year postdoctoral fellowship at the Massachusetts Institute of Technology.