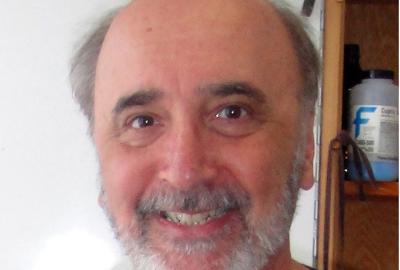 Gene Found that Causes Eyes to Wither in Cavefish

Mexican cavefish spend their entire lives in the dark. With no need for vision, many of them lost functional eyes. In more than 30 varieties of Mexican cavefish, the eyes stop developing as embryos grow into larvae. Although they are still the same species as a sighted, surface-dwelling fish (Astyanax mexicanus), the cave-dwelling varieties carry genetic mutations that scientists have yet to fully unravel.

In a new study led by University of Maryland researchers, scientists have discovered that a mutation to the gene cystathionine beta-synthase “a” (cbsa) prevents blood flow to cavefish eyes during a critical phase of development. The lack of blood leads to withered, underdeveloped eyes covered by skin and connective tissue in all blind varieties of Mexican cavefish. The study was published in the journal Nature Communications on June 2, 2020.

“We know that genes controlling eye degeneration are scattered all over the Mexican cavefish genome,” said William Jeffery, a professor of biology at UMD. “There may be 10 to 20 different genes involved, and this is the first time we’ve been able to pin down one specific gene and show the mechanism at work.”

The cbsa gene is known to be responsible for a human disease called homocystinuria, which causes defective vision and can lead to hemorrhaging, stroke, heart attacks and premature death. Understanding how blind cavefish thrive with mutated cbsa may help researchers develop treatments for homocystinuria in the future.

Previous studies by Jeffery’s team and others identified multiple regions in the cavefish genome that were likely to host genes responsible for eye degeneration during development. Each region contains up to a hundred genes. Investigating all of the regions at once is not practical. So, Jeffery’s lab, along with collaborators from the National Institutes of Health and Stanford University, winnowed down the candidates by selecting the smallest of the promising regions and looking for genes that change expression during a critical period in cavefish development—the period when eye degeneration occurs.

Of the four candidate genes they identified, the cbsa gene was mutated in all blind cave-dwelling varieties of the species compared with the sighted, surface variety. What’s more, the researchers saw parallels between blind cavefish and people with homocystinuria.

Patients with homocystinuria experience problems with vision as well as circulation, including blood clots, hemorrhages and aneurysms. For years, Jeffery and his team noticed that blind cavefish larvae have aneurysms and hemorrhages in the blood vessels of the eyes as the eyes begin to degenerate. The researchers suspected they found their target gene.

To verify that mutations to cbsa were involved in cavefish eye degeneration, the scientists used the gene editing tool CRISPR-Cas9 and another method to mutate the normal cbsa gene in the eggs from the sighted, surface variety of the fish. A large number of those eggs grew into adults with reduced or no eyes. Then, the researchers showed they could reverse eye degeneration in cavefish by injecting normal cbsa genetic material into cavefish embryos.

Jeffery and his colleagues believe damage to the vascular system around the eyes caused by mutated cbsa starves the developing eyes of oxygen and leads to their demise. But they say there is much more to learn about the process.

“This is only one of multiple genes responsible for eye degeneration,” said Li Ma, a principal faculty specialist in biology and lead author of the study. “But now that we have successfully found the first, we know we can replicate this procedure to look for the others.”

In addition, knowing how mutations to cbsa influence eye degeneration in otherwise healthy fish can lead to a better understanding of the gene’s function in the vascular system.

“Mexican cavefish are not only surviving with homocystinuria, they’re thriving,” Jeffery said. “One thing we might be able to understand is how these fish recover from hemorrhages in the eye, which could provide insight into treatments for the disease in humans.”

This work was supported the National Institutes of Health (Award No. EY024941). The content of this article does not necessarily reflect the view of this organization.