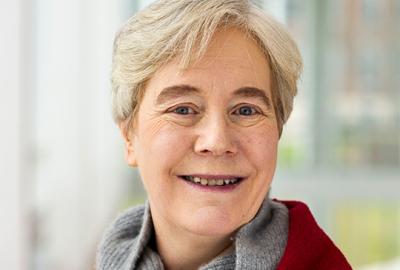 Ellen D. Williams, a Distinguished University Professor in the Department of Physics and the Institute for Physical Science and Technology at the University of Maryland, has been named director of the university’s Earth System Science Interdisciplinary Center (ESSIC) for a five-year term beginning July 1, 2020.

“With Ellen Williams at its helm, ESSIC is in an excellent position to expand its leadership in Earth system science research,” said Amitabh Varshney, dean of UMD’s College of Computer, Mathematical, and Natural Sciences. “Ellen has successfully led large organizations throughout her career, and she has vast experience in interdisciplinary research related to energy and national security.”

The broad goal of ESSIC is to understand the relationships between Earth’s atmosphere, oceans, land masses and biosphere, with a focus on the influence of human activities on Earth’s coupled systems. Major research thrusts include numerical weather prediction, climate variability and change, atmospheric composition and processes, the global carbon cycle and the global water cycle. ESSIC has 18 academic faculty members, over 140 professional-track research faculty members and annual research awards of more than $45 million.

As the largest research center at UMD, ESSIC serves a unique role as a collaboration hub within the national Earth system science research community by linking research efforts at UMD’s Departments of Atmospheric and Oceanic Science, Geology, and Geographical Sciences with NASA and NOAA.

“I am honored to have the opportunity to serve as the director of the Earth System Science Interdisciplinary Center,” Williams said. “Its mission is core to addressing the issues of climate change in the context of the world’s ecosystem. I am looking forward to working with ESSIC’s talented scientists in this crucially important mission.”

Williams came to UMD in 1981 for a postdoctoral fellowship and rose to the rank of professor by 1991. At Maryland, she established an internationally recognized research program in experimental surface science, exploring fundamental issues in statistical mechanics and nanotechnology. She also pioneered the use of powerful scanning tunneling microscopy to study the surface of materials such as silicon at the atomic level. In 1996, Williams founded the University of Maryland Materials Research Science and Engineering Center, serving as its director until 2009.

Williams served as the chief scientist for British Petroleum (BP) from 2010 to 2014, where her work included sustainability studies in collaborations including the Carbon Mitigation Initiative at Princeton University and the Energy Biosciences Institute at the University of California, Berkeley and the University of Illinois. In 2014, she was confirmed by the U.S. Senate as the director of the Advanced Research Projects Agency-Energy (ARPA-E). Williams led the agency in its mission to advance high-potential, high-impact clean energy technologies that are too early in development for private-sector investment.

Williams returned to UMD in January 2017. Since then, she has been working on bridging policy and technology perspectives for clean energy innovation. Recently, she completed a report to the State of Maryland on “The Present Status and Future Potential of Maryland’s Clean Energy Innovation System.”

Williams succeeds Fernando Miralles-Wilhelm, who is leaving UMD to become dean of the College of Science at George Mason University in Virginia. He served as interim director of ESSIC since January 2016.