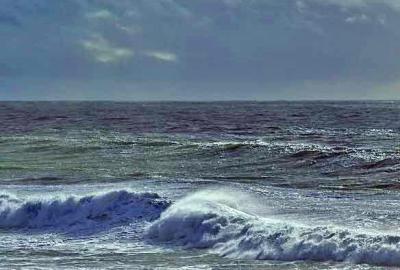 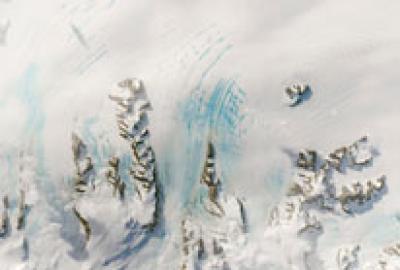 An international team of researchers that includes the University of Maryland’s Kelly Brunt found that the ice sheets covering Antarctica and Greenland lost an average of 318 gigatons of ice per year since 2003—enough to cause more than half an inch of global sea level rise. The finding, which provides the most detailed and accurate picture to date of the changes in these ice sheets, was published in the journal Science on April 30, 2020.

“It’s amazing that we can measure the surface of the ice sheets, from roughly 300 miles up, to an accuracy of a centimeter, or the thickness of a pencil,” said Brunt, who is an associate research scientist in UMD’s Earth System Science Interdisciplinary Center and a glaciologist in the Cryospheric Sciences Laboratory at NASA’s Goddard Space Flight Center.

“This mission is collecting highly accurate and highly precise data with unmatched spatial density. The amount of data that we are collecting over time will provide a much clearer sense of the surface of our ice sheets and how they are changing,” Brunt said.

Previous studies of ice loss or gain often analyze data from multiple satellites and airborne missions. The new study takes a single type of measurement—height as measured by a satellite-based instrument that bounces laser pulses off the surface of ice.

The measurements come from the Ice, Cloud and land Elevation Satellite 2 (ICESat-2), which was launched in 2018. By comparing ICESat-2 data with measurements taken by the original ICESat from 2003 to 2009, the researchers generated a comprehensive portrait of the complexities of ice sheet change.

One gigaton of ice is enough to fill 400,000 Olympic-sized swimming pools. It would be enough to cover New York’s 1.3-square-mile Central Park in ice more than 1,000 feet thick, reaching just a bit higher than a 77-story building.

“If you watch a glacier or ice sheet for a month, or a year, you’re not going to learn much about what the climate is doing to it,” said Ben Smith, a glaciologist at the University of Washington and lead author of the paper. “We now have a 16-year span between ICESat and ICESat-2 and can be much more confident that the changes we’re seeing in the ice have to do with the long-term changes in the climate.”

In addition to measuring the ice sheet, the study simultaneously measured loss of floating ice shelves—thick slabs of ice that form where a glacier or ice sheet flows down a coastline.

In Greenland, there was a significant amount of thinning of coastal glaciers. Warmer summer temperatures melted ice from the surface of the glaciers and ice sheets, and in some places warmer ocean water is eroding away the ice at their fronts.

In Antarctica, ICESat-2 measurements showed that the ice sheet is getting thicker in parts of the continent’s interior, likely as a result of increased snowfall. But the loss of ice from the continent’s margins, especially in West Antarctica and the Antarctic Peninsula, far outweighs any gains in the interior. In those places, warming ocean water is likely also to blame.

This is one of the first times that researchers have used the same methods over a given time period to measure loss of the floating ice shelves around Antarctica simultaneously with loss of the continent’s ice sheet.

In many key regions of Antarctica, the contribution to sea level rise is being driven by the loss of the floating ice shelves, which normally help hold back the flow of ice into the ocean. Such detailed understanding of the complex patterns of ice loss in the polar regions will help scientists evaluate and predict future sea level rise.

This story was adapted from text provided by NASA’s Goddard Space Flight Center.

This work was funded by NASA Cryospheric Sciences Program in support of the ICESat-2 mission (Award Nos: NNX15AE15G, NNX15AC80G, NNX16AM01G, NNX17AI03G,) and NASA MEaSUREs program. The content of this article does not necessarily reflect the views of this organization.