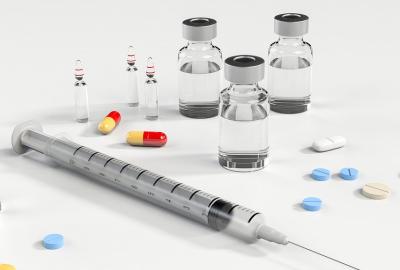 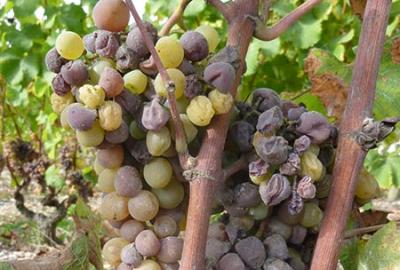 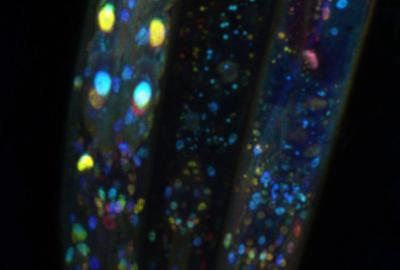 The common view of heredity is that all information passed down from one generation to the next is stored in an organism’s DNA. But Antony Jose, associate professor of cell biology and molecular genetics at the University of Maryland, disagrees.

In two new papers, Jose argues that DNA is just the ingredient list, not the set of instructions used to build and maintain a living organism. The instructions, he says, are much more complicated, and they’re stored in the molecules that regulate a cell’s DNA and other functioning systems.

Jose outlined a new theoretical framework for heredity, which was developed through 20 years of research on genetics and epigenetics, in peer-reviewed papers in the Journal of the Royal Society Interface and the journal BioEssays. Both papers were published on April 22, 2020.

Jose’s argument suggests that scientists may be overlooking important avenues for studying and treating hereditary diseases, and current beliefs about evolution may be overly focused on the role of the genome, which contains all of an organism’s DNA.

“DNA cannot be seen as the 'blueprint' for life,” Jose said. “It is at best an overlapping and potentially scrambled list of ingredients that is used differently by different cells at different times.”

For example, the gene for eye color exists in every cell of the body, but the process that produces the protein for eye color only occurs during a specific stage of development and only in the cells that constitute the colored portion of the eyes. That information is not stored in the DNA.

In addition, scientists are unable to determine the complex shape of an organ such as an eye, or that a creature will have eyes at all, by reading the creature’s DNA. These fundamental aspects of anatomy are dictated by something outside of the DNA.

Jose argues that these aspects of development, which enable a fertilized egg to grow from a single cell into a complex organism, must be seen as an integral part of heredity. Jose’s new framework recasts heredity as a complex, networked information system in which all the regulatory molecules that help the cell to function can constitute a store of hereditary information.

Michael Levin, a professor of biology and director of the Tufts Center for Regenerative and Developmental Biology and the Allen Discovery Center at Tufts University, believes Jose’s approach could help answer many questions not addressed by the current genome-centric view of biology. Levin was not involved with either of the published papers.

"Understanding the transmission, storage and encoding of biological information is a critical goal, not only for basic science but also for transformative advances in regenerative medicine,” Levin said. “In these two papers, Antony Jose masterfully applies a computer science approach to provide an overview and a quantitative analysis of possible molecular dynamics that could serve as a medium for heritable information.”

Jose proposes that instructions not coded in the DNA are contained in the arrangement of the molecules within cells and their interactions with one another. This arrangement of molecules is preserved and passed down from one generation to the next.

In his papers, Jose’s framework recasts inheritance as the combined effects of three components: entities, sensors and properties.

Entities include the genome and all the other molecules within a cell that are needed to build an organism. Entities can change over time, but they are recreated with their original structure, arrangement and interactions at the start of each generation.

“That aspect of heredity, that the arrangement of molecules is similar across generations, is deeply underappreciated, and it leads to all sorts of misunderstandings of how heredity works,” Jose said.

Sensors are specific entities that interact with and respond to other entities or to their environment. Sensors respond to certain properties, such as the arrangement of a molecule, its concentration in the cell or its proximity to another molecule.

Together, entities, sensors and properties enable a living organism to sense or ‘know’ things about itself and its environment. Some of this knowledge is used along with the genome in every generation to build an organism.

“This framework is built on years of experimental research in many labs, including ours, on epigenetics and multi-generational gene silencing combined with our growing interest in theoretical biology,” Jose said. “Given how two people who contract the same disease do not necessarily show the same symptoms, we really need to understand all the places where two people can be different—not just their genomes.”

The folly of maintaining a genome-centric view of heredity, according to Jose, is that scientists may be missing opportunities to combat heritable diseases and to understand the secrets of evolution.

In medicine, for instance, research into why hereditary diseases affect individuals differently focuses on genetic differences and on chemical or physical differences in entities. But this new framework suggests researchers should be looking for non-genetic differences in the cells of individuals with hereditary diseases, such as the arrangement of molecules and their interactions. Scientists don’t currently have methods to measure some of these things, so this work points to potentially important new avenues for research.

Jose acknowledged that there will be much debate about these ideas, and experiments are needed to test his hypotheses. But, he said, preliminary feedback from scientists like Levin and other colleagues has been positive.

“Antony Jose’s generalization of memory and encoding via the entity-sensor-property framework sheds novel insights into evolution and biological complexity and suggests important revisions to existing paradigms in genetics, epigenetics and development," Levin said.

Research in Antony Jose’s laboratory is supported by the National Institutes of Health (Award Nos. R01GM111457 and R01GM124356). The content of this article does not necessarily reflect the view of this organization.

The paper, "A Framework for Parsing Heritable Information," A. Jose, was published in the Journal of the Royal Society Interface, on April 22, 2020.

The paper, "Heritable Epigenetic Changes Alter Transgenerational Waveforms Maintained by Cycling Stores of Information," A. Jose, was published in the journal BioEssays on April 22, 2020.