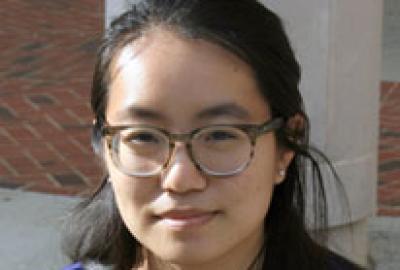 Kurt Auville, a University of Maryland senior who plans to graduate in May with bachelor’s degrees in biological sciences and Spanish, has been awarded a 2019-20 Fulbright English Teaching Assistantship to teach at an elementary-level school in the Canary Islands in Spain.

After his time in Spain, Auville plans to apply to medical school and hopes to one day serve Spanish-speaking communities in the U.S. as a physician.

“I’ve been interested in Spain and the country’s language and culture since middle school,” said Auville, who is a member of the University Honors Program in the Honors College. “Plus, I love teaching, so I’m excited to have the opportunity to go teach there.”

Auville planned to become a biology researcher when he arrived at UMD in 2015. In the summer of 2014, he conducted neurophysiology research at the National Institutes of Health with Senior Investigator Chris McBain. He returned to McBain’s lab from 2016 to 2018 and co-authored a research paper on the development of the hippocampus—a region of the brain that helps to form new memories and is implicated in diseases such as schizophrenia. The paper was published in the journal Scientific Reports in April 2019.

A 2017 trip to La Paz, Bolivia, changed Auville’s career ambitions. He traveled there with the group HOPE Worldwide to teach English, but he also had the opportunity to volunteer in the pediatric ward of a hospital, which gave him a new perspective.

“I was able to bring comfort to kids at a stressful time in their lives just by reading a book or playing a game while they waited for their parents,” Auville said. “Those little moments that made their hospital stay a little bit less hectic and less stressful were a really big influence in my desire to pursue a career in the medical field instead of research.”

After he returned from La Paz, Auville searched for more experiences in clinical settings. He shadowed physicians at MedStar Washington Hospital Center in Washington, D.C., in 2017 and at National Neurosurgery Solutions in Rockville, Maryland, in 2018.

During his year in Spain as a Fulbright Scholar, Auville would like to volunteer at a hospital or clinic to continue his pursuit of clinical experience. In particular, he hopes to have the opportunity to support patients and their families during hospital stays, in addition to his Fulbright teaching responsibilities.

Auville gained his passion for teaching from his mother, a kindergarten teacher at Cool Spring Elementary School in Adelphi, Maryland.

“I grew up hearing my mother’s stories about the impact of educational disparities,” Auville said. “She inspired me to work with kids during my time at Maryland.”

Under Auville’s leadership, SEAS was a 2018 semifinalist in UMD’s Do Good Challenge. In 2018, SEAS merged with another UMD student-led group, Foundational Learning and Mentorship Experience (FLAME), which provides after-school programs to three K-12 schools in Prince George’s County, Maryland. Through FLAME, Auville continues to lead the after-school program at Adelphi Elementary School.

“Working with SEAS and FLAME is what I am most proud of and what I look back on most fondly from my time at Maryland,” Auville said. “I think that’s been really impactful, not only for all the students that we’ve been able to teach, but our volunteers as well. I think we’ve all grown really close as teachers and mentors.”

The study, “The Role of AMPARs in the Maturation and Integration of Caudal Ganglionic Eminence-Derived Interneurons into Developing Hippocampal Microcircuits,” Gulcan Akgül, Daniel Abebe, Xiaoqing Yuan, Kurt Auville and Chris McBain, was published in the journal Scientific Reports on April 1, 2019.