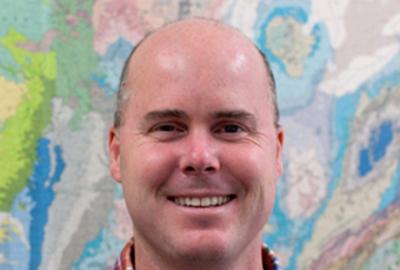 National Academy Member James Farquhar Named Chair of UMD’s Department of Geology
He has been a faculty member in the department since 2001. 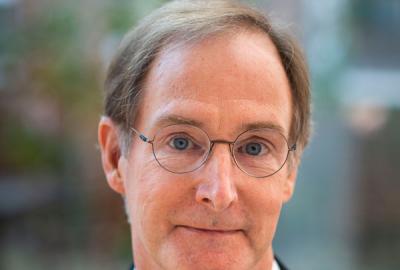 Farquhar is one of 100 new members and 25 foreign associates elected in 2019, joining a select group of 2,347 scientists around the country—15 of whom hail from UMD—recognized for their influential research and elected by their peers. Farquhar is a scientific leader in sulfur isotope geochemistry, with publications that address geochemical processes on Earth and elsewhere in the solar system, spanning a variety of eras from the modern to the ancient.

“I am highly honored to be elected to the National Academy of Sciences,” Farquhar said. “I am very grateful to the University of Maryland; the College of Computer, Mathematical, and Natural Sciences; ESSIC; and the Department of Geology for creating an environment where I could grow and thrive.”

Farquhar is best known for discovering the geochemical signal that traces the long-term history of atmospheric oxygen. More recently, Farquhar and his colleagues found that Earth’s early atmosphere spent about a million years filled with a methane-rich haze.

In January 2019, Farquhar and his collaborators developed a new, more accurate system to study the history of large volcanic eruptions over the past 2,600 years. These large eruptions can launch particles into the stratosphere, more than 6 miles above Earth’s surface, where they can reflect sunlight and temporarily cool the planet.

For his next phase of work, Farquhar will team up with several collaborators at UMD to focus on methane in Earth’s modern atmosphere, using a new, state-of-the-art, high-resolution instrument called Panorama that will be established at UMD in Fall 2019.