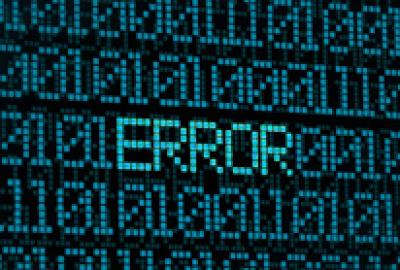 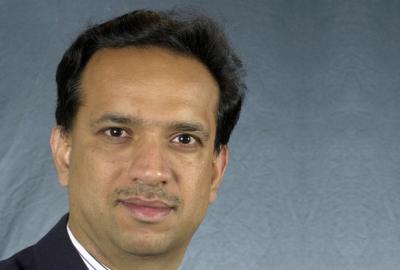 As computers are becoming integrated into nearly every facet of society, computer scientists are being thrust to the forefront of important global issues. Their research crosses disciplines and spans economic sectors.

The Brendan Iribe Center was designed to encourage talented researchers to work together on innovative discoveries that can improve the world. Advanced laboratories and numerous collaborative spaces will help amplify the university's computational resources, which are among the most powerful on the East Coast.

The building will house over 500 graduate students, faculty members, and staff members from the Department of Computer Science and the University of Maryland Institute for Advanced Computer Studies (UMIACS). UMIACS includes campus researchers from six colleges, including the A. James Clark School of Engineering.

Researchers in the Brendan Iribe Center will cultivate collaborations with other academic institutions, federal agencies and companies to address issues ranging from the global-scale problems facing humanity to the challenges of everyday life.

"We look forward to new opportunities in research, innovation and education that the Brendan Iribe Center will afford," said Mihai Pop, professor of computer science and director of UMIACS. "Our interdisciplinary teams of faculty members and students will benefit immensely from the design of the building, which is focused on collaboration and connectivity."

Read on for examples of how UMD researchers are driving advances in computing that positively impact science and society.

Virtual and augmented reality experts at UMD are partnering with the R Adams Cowley Shock Trauma Center and the University of Maryland School of Medicine to transform medical diagnostics and training. An augmented reality prototype allows physicians to see an ultrasound image overlaid onto their patient so they can continue working without looking away from the patient. Virtual reality teaching modules are also being developed to train surgical residents in lifesaving emergency procedures.

Using machine learning, computational linguists and hearing and speech scientists at UMD are working with cognitive scientists from Rutgers University to develop tools that predict which language interventions are most effective for Developmental Language Disorder. This is one of the most common childhood learning disabilities, affecting approximately 7 to 8 percent of kindergarteners.

Cloud computing has undoubtedly become a key enabler for processing and analyzing massive amounts of information. But with much more personal data now residing in the cloud, people are worried about their privacy. UMD cybersecurity experts are designing new frameworks and protocols that provide security, availability, and privacy to common classes of cloud applications like Dropbox, Gmail search, and Google Maps.

Cryptocurrencies such as bitcoin, and the underlying blockchain technology they rely on, hold significant promise to change the future of financial transactions, but many compelling challenges remain. Cybersecurity experts at UMD are working with companies and other universities to develop new technologies and blockchain protocols that will protect financial transactions involving cryptocurrencies.

Managing Pain with Art, Not Opioids

The opioid crisis has physicians scrambling for better ways to manage their patients' pain. One drug-free option under investigation is the use of immersive experiences to distract the brain. UMD virtual reality experts have partnered with the Maryland Opera Studio and the R Adams Cowley Shock Trauma Center in Baltimore to study the potential of opera experienced in virtual reality to decrease the use of opioids for selected intensive care unit patients.

The thousands of human languages spoken around the world pose challenges to an increasingly global society. That's why computational linguists and information retrieval experts at UMD are collaborating with colleagues at Columbia University, Yale University, the University of Cambridge, and the University of Edinburgh to build a universal language system able to translate and summarize data from any language. Leveraging deep-learning neural networks, their system will find and analyze commonalities in syntax and semantics to teach itself languages, even those with limited online presence.

Roughly 100,000 people with terminal kidney failure are waiting for a matching donor. The process of finding one can take years, and the vast majority of potential matches do not result in donations. UMD researchers have shown that artificial intelligence can help to nearly double success rates of matches in nationwide kidney exchanges.

Immunotherapies that employ a patient's own immune system to fight cancer have proven revolutionary, sometimes even curing previously fatal disease, but their success rates remain very low. In collaboration with medical experts and researchers at Microsoft, a computational biology researcher at UMD is using machine learning to identify patterns in clinical trial data that can help identify which patients will benefit from treatment.

Engineering faculty members in the Maryland Cybersecurity Center are on the front lines in the battle against "zero-day" cyberattacks, which exploit vulnerabilities not disclosed to the public and allow cyber thieves to roam freely on hacked websites. By conducting empirical studies of major attacks on Fortune 500 companies and others, UMD researchers can offer best practices to protect against these types of attacks in the future.

The use of DNA synthesis technology has increased significantly during the past decade, promising revolutionary advances in medicine, agriculture and materials science. But DNA-altering technology may also be exploited for harmful purposes, such as resurrecting eradicated deadly plagues. Computational biologists at UMD are working with the Fraunhofer Center for Experimental Software Engineering and others to develop new tools to quickly screen synthetic DNA strands and identify those that might accidentally—or intentionally—be altered to become a biological threat.