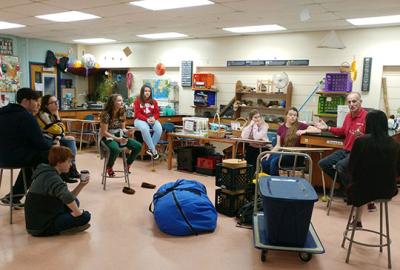 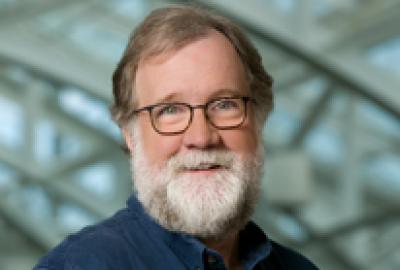 Caruso co-authored a book on animal fart facts that reached the No. 8 spot on The New York Times’ best-seller list in the science category

“When I saw that, I thought #DoesItFart would be a great hashtag to start,” Caruso said. “I didn’t actually think anyone would respond to it at the time.”

The internet proved Caruso wrong. #DoesItFart went viral, and Caruso and Rabaiotti started a shared spreadsheet on social media with other enthusiastic scientists. The spreadsheet detailed whether a hundred different animal species—from bats to woodlice—fart.

Soon after, Ben Brock—an editor from London-based publisher Quercus—contacted Caruso to ask if he and Rabaiotti were interested in writing a book based on the spreadsheet. The duo said yes, and “Does it Fart?: The Definitive Field Guide to Animal Flatulence” was published in the U.S. in April 2018.

The book, which describes 80 animals and their farts (or lack thereof), reached No. 8 on The New York Times’ best-seller list in the science category in May 2018.

“When I was writing this book, I thought my parents would buy it and maybe some friends, so it was definitely surprising to reach the best-seller list,” Caruso said.

CBC Television then adapted the book into a children’s television show in Canada, and Caruso served as a consultant. Next up is an edition of the book aimed at children, “Does It Fart?: A Kid’s Guide to the Gas Animals Pass,” which will be published in July 2019.

The books discuss painted turtles and tortoises—but not terrapins specifically. However, Caruso has reassuring words for Terps.

“Terrapins are well known for their farting ability,” Caruso said.

After the success of “Does It Fart?” Caruso and Rabaiotti wrote a second book, “True or Poo?: The Definitive Field Guide to Filthy Animal Facts and Falsehoods.” The book investigates and sometimes debunks commonly held notions about animals, such as the myth that camels store water in their humps (in reality, they store fat).

Caruso found the experience of writing a best-seller amazing, but surreal, because he never intended to become an author, much less one specializing in fart facts.

Growing up outside St. Louis, Caruso enjoyed a fascination with creepy-crawly animals as a child and fondly remembers catching amphibians and reptiles in his neighborhood. That interest led him to Saint Louis University, where he graduated with a bachelor’s degree in biology in 2007. As an undergraduate, Caruso conducted research in a fish laboratory, but he preferred herpetology—the study of reptiles and amphibians, such as snakes and salamanders.

“My advisor would get annoyed with me because we’d be in a stream where I was supposed to be catching fish for our research, but I would go off and catch frogs,” Caruso said.

To study herpetology, Caruso went to Southern Illinois University (SIU) in Carbondale, Illinois, for a graduate degree. In August 2008, Caruso joined the laboratory of UMD Biology Professor Karen Lips, who was a faculty member at SIU at the time. When Lips moved to UMD in October of that year, Caruso followed. In Lips’ lab, Caruso studied disease ecology in salamander species. He encountered other species as well, to his delight.

“One of my favorite memories from my time at Maryland is going out with some labmates to do field work one evening,” Caruso said. “Around sunset, we went to look for rattlesnakes, just for fun. We found about half a dozen timber rattlesnakes around a den and it was the first time I ever heard a rattle, which was incredible. After that, it rained, which was perfect for surveying salamanders. It was a great ‘herp’ night.”

After receiving his M.S. in biology from UMD in 2011, Caruso shifted his research focus to factors that influence the distribution of salamander species. He received a Ph.D. in biology in 2017 from the University of Alabama and then joined Virginia Tech. Today, Caruso studies how reptiles and amphibians, especially salamanders, interact with climate in locations including Appalachia and the Florida Panhandle.

“I don’t mind that at all,” Caruso said. “I used to see a silly subject like farts and think that it wasn’t serious science. Thanks to the book, I’ve realized that just because something is silly or funny doesn’t mean it can’t be an effective communication tool. In fact, if you find something that a lot of people can get behind, you can use it as a great starting point for talking about other aspects of biology, ecology, conservation and so on.”

Although Caruso hopes to one day teach and conduct research as a university faculty member, the reaction to the book opened his eyes to the power of science communication through writing.

“For me, the best thing about the books is hearing from educators or parents that the books got their kids interested in reading or science,” Caruso said. “Hearing that made me realize that as an author, I can reach a much broader audience than I could in a classroom. I want to continue doing research in the future, but I also hope to write more books.”