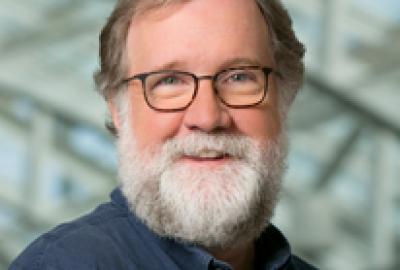 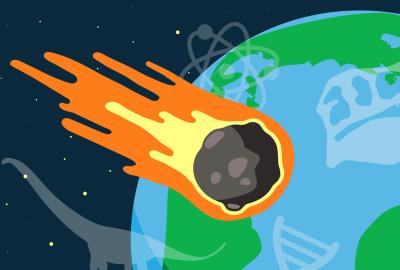 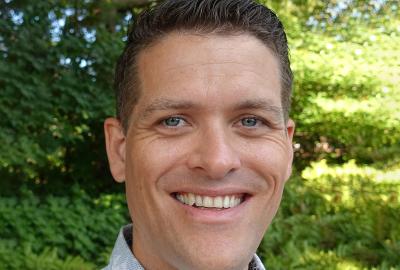 Telling the Stories of Evo-Devo

Sean Carroll boasts an impressive list of credentials. Internationally known biology researcher. Science educator. Published author. But at heart, he remains the 10-year-old boy who roamed the woods near his home in Toledo, Ohio.

"I went 'wow' on biology as a kid," Carroll said. "I was a log flipper. I would look under logs for salamanders and hunt snakes in fields and frogs in ponds. My bedroom had snakes and salamanders in cages. But it took a little education to figure out what to do with that fascination in biology."

Carroll and his lifelong fascination recently took up residence at the University of Maryland, thanks to his appointment as the inaugural holder of the Andrew and Mary Balo & Nicholas and Susan Simon Endowed Chair, which is the university's first endowed chair in the life sciences. Carroll is also the first Howard Hughes Medical Institute (HHMI) investigator to hold a faculty position at UMD. Accompanying Carroll is his impressive catalog of research and even some of his team from the University of Wisconsin. A leader in the field of evolutionary developmental biology, fondly nicknamed "evo-devo," Carroll and his group study how changes in animal development shape the diversity of life.

"One of the big questions we're interested in is where do new things come from, how do novelties evolve?" said Carroll, who is a professor in UMD's Department of Biology. "One of the big, black-box mysteries of biology when I was a student was how does a fertilized egg become a complex animal? It's one of the most spectacular things that happens on the planet, and it is a real key to understanding the diversity of life."

Harkening back to his log-flipping days, Carroll continues to incorporate snakes into his research.

"We've studied the origins of anatomical novelties for a long time, but the goal of studying snakes, and venomous snakes in particular, is to understand biochemical novelties," Carroll said. "Venom is something animals have come up with multiple times—spiders, scorpions, jellyfish, snakes. Where does this come from? Is venom some normal enzyme that's been weaponized? We picked a group we thought would be good models: rattlesnakes."

While the study of venomous snakes might be frightening to some, there's no reason to be worried about live snakes getting loose in the lab. Carroll's team uses rattlesnake DNA and extracts from venom glands they get from a collaborator in Texas.

"One of the practical things we're going to try is using our new knowledge of venoms to design a more effective antidote," Carroll said.

Carroll will continue to serve as vice president of HHMI's Department of Science Education—based at the institute's Chevy Chase, Maryland, campus—as well as head of its film production unit.

"HHMI is the largest supporter of science education in the United States," he said. "We are present on hundreds of campuses, including the University of Maryland; in tens of thousands of classrooms; and now, through our public efforts, tens of millions of households."

Helping students understand science and inspiring them to do science themselves are two of Carroll's passions. Through the seven books he has published, the "Remarkable Creatures" column he wrote for The New York Times for four years, and the HHMI films he has produced, Carroll uses storytelling to light the audience's passion for science.

"I think stories work because they can better reflect the actual process of science," Carroll said. "What inspires people to look at a question? How do they actually tackle that? What are the stumbling blocks? Where were the mistakes? Some discoveries are so profound, they shape our view of the world. You've got to know what they're made of."

For example, Carroll points to the story of the asteroid that put an end to dinosaurs and the Mesozoic Era. "It was a great detective story," said Carroll, who wrote about it in his book "Remarkable Creatures," and made a film on the topic for the Smithsonian Channel. The story later appeared in an HHMI film that tracked how scientists solved the mystery of the dinosaurs' demise.

"Not only was it the most important event on Earth in the last 100 million years, but it was the making of the modern world," he said. "It will occupy six sentences in a biology textbook, and that is malpractice. That is one hell of a story and we should know where our 'hell of a stories' are." The big challenge in science education is giving students a feel for what real science is, Carroll added.

"That whole creative participatory process, we have trouble delivering at scale," Carroll said. "Students are studying it out of textbooks. No wonder people bail on it. If you told a music major, 'You can't touch an instrument for the first two years, you're going to study music as it is on paper,' music schools would be empty. Similarly, storytelling is a way to lift the veil on science and let people in on the enterprise."

Carroll has traveled around the world pursuing stories of discovery that intrigue him. His book "Brave Genius," about the friendship that formed between scientist Jacques Monod and writer Albert Camus after World War II, took him to the Paris police archives.

"I was following a hunch about how the gestapo got onto Monod during the German occupation," he recalled. "I was stitching together some pieces, very similar to the way you work on things in the lab. And there, on tissue-thin paper, was a whole detective's report of a search of Monod's apartment, of his lab, a blow-by-blow account that had never come to light before. And that feeling—I'd had that feeling at a microscope in a lab. That's the thrill of discovery."

Carroll and his team are getting settled in College Park, making themselves at home in their lab overlooking the football team's practice field.

"Maryland creates great opportunities," Carroll said. "The people in my lab are excited for a whole new group of colleagues and collaborators. I am looking forward to contributing to the mission of this great public university."

There will also still be time for log flipping.

"When I'm walking across the golf course and a snake or a turtle crosses, yeah, I stop and pick it up and move it out of the way," Carroll admitted. "It's a visceral thrill every time. That never goes away."