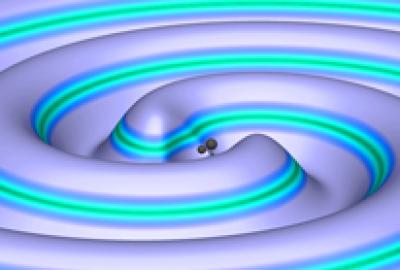 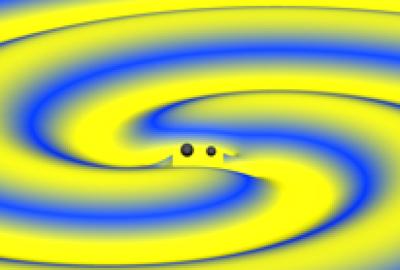 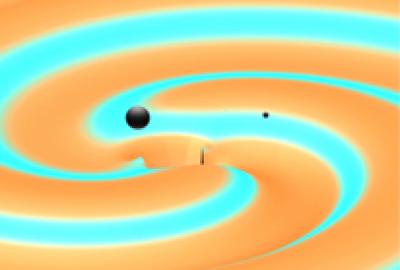 Scientists announced four new observations of gravitational waves—ripples in the fabric of spacetime—from the final moments of black hole mergers.

The twin Laser Interferometer Gravitational-Wave Observatory (LIGO) detectors—located in Livingston, Louisiana, and Hanford, Washington—and the Virgo detector located near Pisa, Italy detected the gravitational wave events. The Virgo Collaboration and the LIGO Scientific Collaboration (LSC) announced the discoveries on December 1, 2018, at the Joint Space-Science Institute’s  Gravitational Wave Physics and Astronomy Workshop hosted by the University of Maryland in College Park, Maryland. Two scientific papers describing these new findings have been initially published on the arXiv repository of electronic preprints and include a catalog of all gravitational wave detections and candidate events observed to date.

“These results mark an evolution in the way we are thinking about binary black hole mergers detected by LIGO and Virgo,” said Peter Shawhan, a UMD professor of physics and an LSC principal investigator who serves as the LSC’s data analysis committee chair. “While we carefully determine the properties of the individual events, such as the masses and spins of the black holes, we are also looking at the big picture: the distribution of these properties and what that can tell us about how massive stars live and die.”

Gravitational waves carry information about their origins and about the nature of gravity that cannot otherwise be obtained. During a two-year span, physicists on the LIGO and Virgo teams detected gravitational waves from 10 black hole mergers and one merger of neutron stars, which are the dense, spherical remains of stellar explosions. The four new observations—named GW170729, GW170809, GW170818 and GW170823 for the dates they were detected—include some record breakers.

One of the new events, GW170729, is the most massive and distant gravitational wave source ever observed. This black hole merger, which happened roughly 5 billion years ago, transformed an equivalent energy of almost five solar masses into gravitational energy.

Another new event, GW170818, was triangulated well in the sky by the LIGO and Virgo detectors, making it the second-best localized gravitational wave source after the neutron star merger. The position of the binary black holes, located 2.5 billion light-years from Earth, was identified in the sky with a precision of 39 square degrees.

A major contributor to this accomplishment was Alessandra Buonanno—a UMD College Park Professor of Physics and LSC principal investigator who also has an appointment as director at the Max Planck Institute for Gravitational Physics in Potsdam, Germany. Buonanno has led the effort to develop highly accurate models of gravitational waves that black holes generate in the final process of orbiting and colliding with each other. The scientists use these waveform models to localize the source in the sky and identify it as a pair of orbiting black holes.

“State-of-the-art waveform models, advanced data processing and better calibration of the instruments have allowed us to infer astrophysical parameters of previously announced events more accurately and discover four new gravitational wave transients from black hole mergers,” Buonanno said. “I look forward to the next observing run in spring 2019, where we expect to detect more than two black hole mergers per month of collected data.”

The scientific papers describing the new findings include a catalog of all gravitational wave detections and candidate events observed from September 12, 2015 to August 25, 2017.

Scientists observed GW170817—the merger of two neutron stars—in both gravitational waves and light. Shawhan and his students at UMD worked with other LIGO and Virgo team members to establish a program to quickly share information about each gravitational wave event candidate, including sky location, with astronomers. This enabled astronomers to look for the event with their telescopes and other instruments, marking an exciting new chapter in multi-messenger astronomy, a field in which cosmic objects are observed simultaneously in different forms of radiation.

“The one neutron star merger in the catalog, GW170817, may look a bit lonely, but we have learned so many things about it by looking at the gravitational wave data together with the incredibly rich range of follow-up observations,” said Shawhan, who is also a fellow of the Joint Space-Science Institute. “Still, we have a lot of unanswered questions about the population of binary neutron stars that future data should fill in for us.”

In one of the two new papers, the scientists carefully investigate the characteristics of the merging black hole population. Most notably, the researchers found that almost all black holes formed from stars are lighter than 45 times the mass of the sun.

“The LIGO and Virgo collaborations have worked hard to release the event properties and also the data in which these signals were found so that other scientists can analyze them with their own tools and compare them with theories of stellar evolution and gravitational wave emission,” Shawhan added.

This press release was adapted from text provided by the LIGO and Virgo Collaborations.

The research paper, “GWTC-1: A Gravitational-Wave Transient Catalog of Compact Binary Mergers Observed by LIGO and Virgo during the First and Second Observing Runs,” by the LIGO Scientific Collaboration and the Virgo Collaboration, was presented December 1, 2018 at the Joint Space-Science Institute–Gravitational Wave Physics and Astronomy Workshop and is available on the arXiv.

The research paper, “Binary Black Hole Population Properties Inferred from the First and Second Observing Runs of Advanced LIGO and Advanced Virgo,” by the LIGO Scientific Collaboration and the Virgo Collaboration, was presented December 1, 2018 at the Joint Space-Science Institute–Gravitational Wave Physics and Astronomy Workshop and is available on the arXiv.

About LIGO and Virgo
LIGO is funded by the National Science Foundation (NSF) and operated by Caltech and MIT, which conceived of LIGO and led the Initial and Advanced LIGO projects. Financial support for the Advanced LIGO project was led by the NSF with Germany (Max Planck Society), the U.K. (Science and Technology Facilities Council) and Australia (Australian Research Council-OzGrav) making significant commitments and contributions to the project. More than 1,200 scientists from around the world participate in the effort through the LIGO Scientific Collaboration, which includes the GEO Collaboration. A list of additional partners is available at https://my.ligo.org/census.php.

The Virgo collaboration consists of more than 300 physicists and engineers belonging to 28 different European research groups: six from Centre National de la Recherche Scientifique (CNRS) in France; 11 from the Istituto Nazionale di Fisica Nucleare (INFN) in Italy; two in the Netherlands with Nikhef; the MTA Wigner RCP in Hungary; the POLGRAW group in Poland; Spain with IFAE and the Universities of Valencia and Barcelona; two in Belgium with the Universities of Liege and Louvain; Jena University in Germany; and the European Gravitational Observatory (EGO), the laboratory hosting the Virgo detector near Pisa in Italy, funded by CNRS, INFN, and Nikhef. A list of the Virgo Collaboration can be found at http://public.virgo-gw.eu/the-virgo-collaboration/. More information is available on the Virgo website at www.virgo-gw.eu.