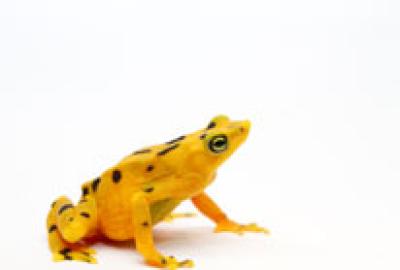 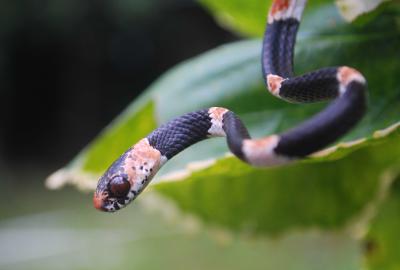 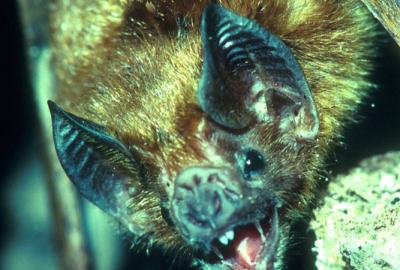 Amphibian biologists from around the world watched in horror in 2004, as the frogs of El Copé, Panama, began dying by the thousands. The culprit: Batrachochytrium dendrobatidis, a deadly fungus more commonly known as chytrid fungus. Within months, roughly half of the frog species native to the area went locally extinct.

A new study led by University of Maryland researchers suggests that, within a decade, the species remaining in El Copé developed the ability to coexist with chytrid fungus. In a field study spanning the years 2010-2014, the researchers found that frogs infected with the fungus survived at a nearly identical rate compared with uninfected frogs.

The results, published October 3, 2018 in the journal Ecological Applications, suggest that frog populations in El Copé underwent ecological and/or evolutionary changes that enabled the community as a whole to persist, despite severe species losses. According to the researchers, the results could mean good news for other hot spots of amphibian biodiversity hit hard by the chytrid fungus, such as South America and Australia.

“Our results are really promising because they lead us to conclude that the El Copé frog community is stabilizing and not drifting to extinction,” said Graziella DiRenzo (Ph.D. ’16, biological sciences), now a postdoctoral researcher at the University of California, Santa Barbara, and the lead author of the research paper. “That’s a big concern with chytrid worldwide. Before this study, we didn’t know a lot about the communities that remain after an outbreak. In some areas, it’s still a black box.”

DiRenzo and her colleagues returned to the same small, 2-square-kilometer field site in El Copé every year from 2010 to 2014. They broke the field site down into smaller, 20-meter subsites, repeatedly sampling the subsites several days in a row within a season. Each time, the researchers tested individual frogs for the presence of the fungus while assessing the severity of any disease symptoms.

The researchers then entered this data into a statistical model they developed to assess disease dynamics in communities beset by an outbreak. The frequent, repeated sampling of individual frogs in the field allowed the team to minimize biases by correcting the model for any animals that were present but unseen.  The results enabled the researchers to conclude that infected frogs were surviving at the same rate as uninfected frogs. This observation strongly suggested that the frog species remaining in El Copé developed the ability to tolerate the fungus and survive its deadly effects.

“Our study found that, even though there are a lot of infected individuals, about 98 percent of them are infected at very low levels,” said Karen Lips, a professor of biology at UMD and the senior author of the study. “We know that, early on, several species played a key role in spreading infection, like Typhoid Mary. But some of these species are now gone, so the entire ecosystem is totally different. It’s almost not comparable to what was there before.”

DiRenzo, Lips and their colleagues suggest that the El Copé frog community stabilized through an effect known as “eco-evolutionary rescue.” In this scenario, some species may have evolved tolerance to the fungus while other highly infectious, “Typhoid Mary” species died off and stopped contributing to the spread of the pathogen. The fungus itself may have also become less virulent and the frog community as a whole may have undergone other types of restructuring.

The researchers note that, because the frog community in El Copé had been well-studied for years before the 2004 outbreak, the research site provides a rare window to assess changes to a frog community as a result of widespread chytrid infection. If the community has stabilized here, the researchers say, it is likely that other hard-hit frog communities elsewhere in the world may have undergone similar adaptations—even where disease has reduced the overall number of species and/or individuals.

“The frogs of El Copé are not doing great, but they’re hanging on. The fact that some species survived is the most important thing,” Lips said. “If a species goes extinct right off the bat, it’s out of options. We know how all these species responded to the initial invasion. Now we know how the survivors are responding to continuing infection. We know there are several sites in the world that probably went through the same thing. If enough frog species in a given place can survive and persist, then hopefully someday a vibrant new frog community will replace what was lost.”

In addition to DiRenzo and Lips, Ana Longo, a postdoctoral associate in biology at UMD, also contributed to this research. DiRenzo completed part of the work while she was a postdoctoral researcher at Michigan State University.

This work was supported by the National Science Foundation (Award No. DEB 1120161). The content of this article does not necessarily reflect the views of this organization.