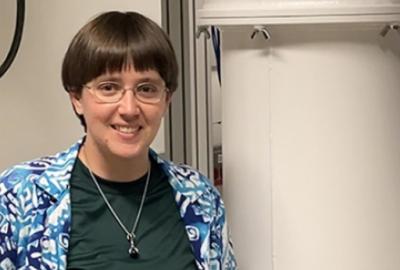 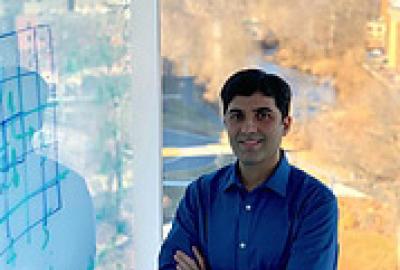 Bhatele Receives NSF CAREER Award to Optimize Parallel Software and Systems
Abhinav Bhatele, an assistant professor of computer science with an appointment in the UMIACS, is principal investigator of an NSF Faculty Early Career Development (CAREER) award, which is expected to total $550,000 over five years. 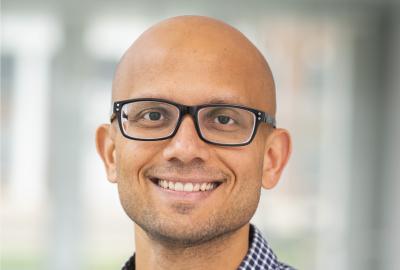 Chemistry and Biochemistry’s Pratyush Tiwary Receives National Science Foundation CAREER Award
The theoretical chemist will use the award to apply artificial intelligence to the study of molecules and atoms.

The CAREER awards, which are the NSF’s most prestigious grants for junior faculty, provide five years of financial support

The five-year awards are the NSF’s most prestigious in support of junior faculty members who have the potential to serve as academic role models in research and education and lead advances in the mission of their department or organization.

The UMD faculty member awardees and their projects are:

Maissam Barkeshli, an assistant professor of physics, received the award for his project, “Symmetry, Topology, and Transport in Strongly Interacting Quantum Many-Body Systems.”

Barkeshli’s project studies quantum systems made up of many interacting particles, or quantum many-body systems. Barkeshli aims to better understand and characterize the physics underlying these systems, as well as apply his discoveries to quantum computation.

Jordan Boyd-Graber, an associate professor of computer science, received the award for his project, “Human-Computer Cooperation for Word-by-Word Question Answering.” Boyd-Graber has joint appointments in the College of Information Studies, the University of Maryland Institute for Advanced Computer Studies (UMIACS) and the Maryland Language Science Center.

Marine Carpuat, an assistant professor of computer science, received the award for her project, “Semantic Divergences Across the Language Barrier.” Carpuat has a joint appointment in UMIACS.

Carpuat’s project studies how to detect and explain nuanced differences between words and sentences in different languages. Her results may be useful in developing language technology that supports communication and understanding across languages and cultures. Read more.

Vanessa Frias-Martinez, an assistant professor of information studies, received the award for her project, “Data-driven Models of Human Mobility and Resilience for Decision Making.” Frias-Martinez has a joint appointment in UMIACS.

Frias-Martinez’s project studies how humans react to different types of shocks, from natural disasters to violent events. She will use open source data and data from mobile technologies to sense and explain how humans interact with the environment during these extreme situations. The project aims to develop a set of predictive tools to help decision-makers create more effective policies and response procedures. Read more.

Osvaldo Gutierrez, an assistant professor of chemistry and biochemistry, received the award for his project, “Computational and Experimental Mechanistic Approach to Iron Catalyst and Reaction Design.”

Gutierrez’s research project focuses on the combined use of computational and experimental tools to study and improve chemical reactions that create bonds between carbon atoms. Currently, such reactions often require rare, expensive and toxic metals. Gutierrez aims to replace these metals with iron, which is abundant, inexpensive and nontoxic.

Hahn’s project will develop and improve methodologies for automating medical systems that can help care for critically ill patients. The project includes studying novel methods for representing patient physiology in ways that are easy for clinicians to interpret. The project will also design automation capable of facilitating clinician interaction and supervision, coordinating multiple treatment goals and functions, and being resilient to device errors and faults. Read more.

Jay’s project focuses on exosomes, which are small, ubiquitous and biologically generated structures that naturally transfer nucleic acids between cells. Exosomes have abilities that are useful in a clinical setting, such as the ability to stimulate blood vessel formation. This project will investigate exosomes with the aim of enabling new treatment options for wound repair and some conditions that affect blood vessels, such as heart disease. Read more.

Stuart Laurence, an assistant professor of aerospace engineering, received the award for his project, “Effects of Thermal Nonequilibrium on the Acoustic Noise Radiated by a Compressible Turbulent Boundary Layer.”

When gases flow over solid surfaces, the flow near the surface can become turbulent. This turbulence can generate intense sound waves, especially when the flow is supersonic. Laurence’s project studies this type of noise generation in gases that absorbs sound waves at certain frequencies. The results may help reduce noise generation in environments such as high-speed wind tunnels. Read more.

Peter Nemes, an associate professor of chemistry and biochemistry, received the award for his project, “Discovering Upstream Effectors to Cell Fate Determination.”

Nemes’ project aims to discover changes in small molecules as individual cells form different types of tissues in the frog embryo during development. The data will provide new insights into basic biological processes important for the formation of cells, tissues, organs and organisms.

Yueming “Lucy” Qiu, an assistant professor of public policy, received the award for her project, “Bridging the Gap between Engineering Simulation and Reality of Home Energy-Efficiency Improvements via Big-Data Analysis.”

Qiu’s project aims to transform data-driven analysis of home energy-efficiency improvements into an accurate, generalizable and scalable process. In addition, this project will educate energy professionals, researchers and the general public on energy efficiency.