Joshua Singer Named Chair of UMD’s Department of Biology for Five-year Term
Singer served as interim chair for the past two years. 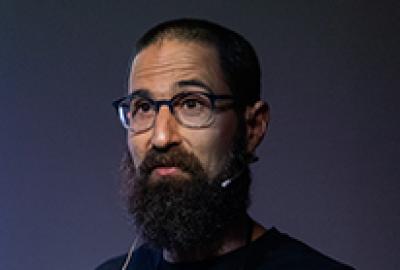 Those promoted to the rank of Professor:

Hal Daumé III, computer science, joined CMNS in 2010. Daumé develops methods for teaching computers to learn models of human language through natural interactions with humans. In addition, Daumé studies how to promote fairness and transparency in the learned models.

Laurent Montési, geology, joined CMNS in 2007. Montési studies the dynamics of fractures and molten rock inside planets including Earth and Mars, and the satellites of Jupiter and Saturn, with the goal of modeling the formation of features such as mountains, volcanoes, mid-ocean ridges and deep-sea trenches.

Yanir A. Rubinstein, mathematics, joined CMNS in 2012. Rubinstein works on problems in mathematical analysis and partial differential equations, as well as differential geometry, algebraic geometry and convex geometry. His work also touches on the interface of pure and applied mathematics in problems in optimal transport and numerical analysis. He recently co-edited a book titled Directions for Mathematics Research Experience for Undergraduates.

Joshua Singer, biology, joined CMNS in 2012. Singer uses the mammalian retina as a model to study how the behavior of neurons and their connections affect the output of neuronal circuits. The results of Singer’s work may contribute to therapies for human diseases that affect visual processing.

Nathan Swenson, biology, joined CMNS in 2015. Swenson investigates the ecology and evolution of trees and forest dynamics in response to global change, on scales ranging from individual species' genomes to entire forest ecosystems.

Those promoted to the rank of Associate Professor with Tenure:

Jordan Boyd-Graber, computer science, rejoined CMNS in 2017. Boyd-Graber uses machine learning to teach computers how to talk to and learn from humans.

Suvi Gezari, astronomy, joined CMNS in 2012. Gezari uses space- and ground-based observations to discover and characterize transient and high-energy astronomical phenomena such as tidal disruption events, in which a supermassive black hole tears apart a star.

Vedran Lekic, geology, joined CMNS in 2011. Lekic develops and applies methods for imaging the interior of Earth and other planetary bodies, primarily by using vibrations on and inside Earth called seismic waves. He also researches new ways to better describe and quantify how geologic activity in Earth's deep interior affects the creation and destruction of surface structures.

Efrain Rodriguez, chemistry and biochemistry, joined CMNS in 2012. Rodriguez studies and searches for novel compounds that can be used as superconductors, which are materials that conduct electrical current with zero resistance when below a critical temperature.