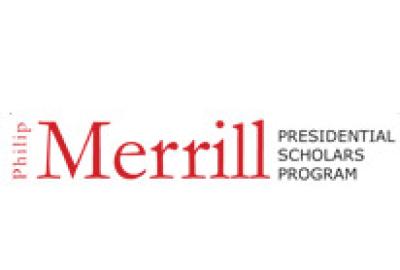 Three other graduating seniors from the College of Computer, Mathematical, and Natural Sciences were named finalists for the University Medal

Christopher Bambic, who will graduate this month with bachelor of science degrees in physics and astronomy, will also be awarded the University Medal, which recognizes the most outstanding graduate of the year. The University Medal is awarded to the undergraduate who best personifies academic distinction, extraordinary character, and extracurricular contributions to the university and the larger public. He will be honored for this achievement at the university's Spring Commencement Ceremony on May 20, 2018.

"Those who nominated you conveyed eloquently their admiration for your many accomplishments. They were all deeply impressed by your outstanding academic record and your ability to move seamlessly between academic activities and initiatives that demonstrate your unwavering commitment to serving the needs of others," UMD President Wallace D. Loh wrote in a letter to Bambic. "Your successes on and off campus are testimony to your integrity, thoughtfulness and pursuit of excellence in everything you undertake."

Bambic, who is also a Stamps Banneker/Key Scholar and a member of the University Honors program within the Honors College, was awarded a 2018 Winston Churchill Scholarship and will pursue a one-year Master of Philosophy degree in astronomy at the University of Cambridge in the United Kingdom after graduation. Bambic also received a 2018 National Science Foundation Graduate Research Fellowship and will pursue a doctoral degree at Princeton University following his time in Cambridge.