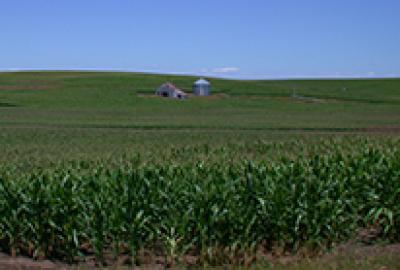 USDA Funds UMD Project to Sustain Agricultural Production in the Corn Belt with $10 Million
Researchers will develop an easy-to-use dashboard that identifies ways to increase land- and water-use efficiency in the face of environmental and biological stresses. 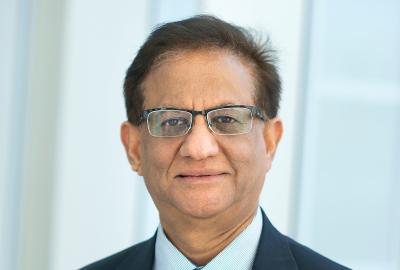 Sumant Nigam Named Chair of UMD’s Department of Atmospheric & Oceanic Science
He has been a member of the department for more than three decades. 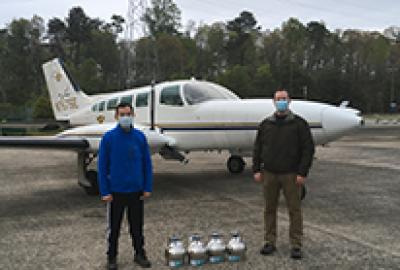 An accomplished hydrologist and water resources engineer, Miralles-Wilhelm has been at UMD since 2013.

Fernando Miralles-Wilhelm was named chair of the University of Maryland’s Department of Atmospheric and Oceanic Science (AOSC) for a five-year term effective July 1, 2018.

He is currently a professor in the department and interim director of UMD’s Earth System Science Interdisciplinary Center (ESSIC). He will continue leading ESSIC through 2021. Miralles-Wilhelm also serves as executive director of the Cooperative Institute for Climate and Satellites (CICS), which is administered by ESSIC.

“Fernando is the ideal person to lead AOSC at this important time,” said Amitabh Varshney, dean of the UMD College of Computer, Mathematical, and Natural Sciences. “His strong leadership of CICS since 2013 and ESSIC since 2016 as well as his exemplary academic accomplishments give me great confidence that he will be a transformative, dynamic and visionary leader for the department.”

AOSC ranks as a top 10 oceanography, atmospheric sciences and meteorology program according to the National Research Council.

“AOSC is at the intellectual forefront of many problems that affect human beings, ecosystems, the environment and society at large,” Miralles-Wilhelm said. “I am excited about building on the remarkable accomplishments of the world-class group of scholars at AOSC and leading the department to new achievements and increased involvement in research and teaching across such important problems.”

A hydrologist and water resources engineer, Miralles-Wilhelm conducts research on water, sustainability and climate. He has worked on problems related to surface water and groundwater; physical, chemical and biological processes in aquatic ecosystems; climate-hydrology-vegetation interactions in ecosystems; water resources management in urban and agricultural watersheds; stormwater management; and water quality control. He has co-authored more than 70 peer-reviewed publications.

Since arriving at UMD in 2013, Miralles-Wilhelm led efforts to secure a five-year, $64.8 million cooperative agreement with NASA’s Goddard Space Flight Center for ESSIC in 2017 and a five-year, $93 million cooperative agreement with the National Oceanic and Atmospheric Administration (NOAA) for CICS in 2014. He serves as principal investigator for both programs.

Established in 1999, ESSIC supports research, teaching and career training in Earth system science. The broad goal of ESSIC is to understand the relationships between Earth’s atmosphere, oceans, land masses and biosphere, with an eye to the influence of human activities on Earth’s coupled systems. CICS is a partnership between NOAA, UMD, NC State University and 17 other institutions that focuses on rainfall, oceanography, climate, water and ecosystems research.

Over his career, Miralles-Wilhelm has consulted on topics related to the environment, urbanization and adaptation to climate change with several international organizations, including the U.S. Agency for International Development, the World Bank and the Inter-American Development Bank.

He has served on the National Academy of Sciences’ Committee on the Independent Scientific Review of Everglades Restoration Progress, on the Consortium of Universities for the Advancement of Hydrologic Science, on several science diplomacy missions for the U.S. Department of State, and as an advisor on climate change to the Organization of American States. Miralles-Wilhelm is also a contributing author to the Intergovernmental Panel on Climate Change (IPCC).

Before joining the UMD faculty, Miralles-Wilhelm was a professor in the Department of Civil and Environmental Engineering and the Department of Earth and Environment at Florida International University (FIU) in Miami (2005-2013). While there, he served as director of the NASA WaterSCAPES University Research Center and as director of the Applied Research Center. Prior to FIU, he held faculty appointments at the University of Miami and Northeastern University.

Under Carton’s leadership, the department also expanded its research collaborations and broadened its research portfolio through faculty hiring in areas at the forefront of climate research, including hydrology, cryospheric science and data assimilation.

“Recent environmental disasters ranging from hurricanes Sandy and Harvey to aerosols from the Fukushima reactor meltdown and the retreat of Arctic sea ice have made it clear how much we need improved understanding of weather and climate,” Carton said. “Fernando’s research accomplishments and partnering efforts show that he is a leader poised to take our academic and research programs to a new level.”