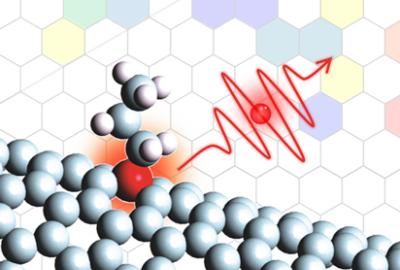 Thomas M. Antonsen Jr. is a Distinguished University Professor with joint appointments in the Department of Physics, Department of Electrical and Computer Engineering, and the Institute for Research in Electronics and Applied Physics. Antonsen joined UMD in 1980 as a research associate in the Laboratory for Plasma and Fusion Energy Studies. He became an associate professor in 1984 and a professor in 1989. Antonsen also served as acting director of the Institute for Plasma Research at UMD from 1998 to 2000.

Antonsen has made fundamental contributions in the fields of plasma physics, charged particle beam research and nonlinear dynamics. His work has applications in the international efforts toward achieving magnetically confined controlled nuclear fusion and toward developing a new generation of plasma-based particle accelerators. Antonsen has also developed a widely adopted set of software codes for designing and simulating devices that produce intense microwaves for plasma heating, radar and communications applications.

In addition to serving on the editorial boards of the journals Physical Review Letters and The Physics of Fluids, Antonsen authored or co-authored over 400 journal articles and co-authored the book “Principles of Free-electron Lasers.” Antonsen received the Department of Defense Robert L. Woods Award for excellence in vacuum electronics technology in 1999, the IEEE Plasma Science and Applications Award in 2003, the UMD Clark School of Engineering Outstanding Faculty Research Award in 2004, and the IEEE John R. Pierce Award for Excellence in Vacuum Electronics in 2016.

Antonsen is also a fellow of the American Physical Society and IEEE. He received his B.S., M.S. and Ph.D. in electrical engineering from Cornell University.

Catherine Fenselau, a Distinguished University Professor of Chemistry and Biochemistry, joined UMD as a professor in 1998. A bioanalytical chemist, Fenselau has exploited mass spectrometry to work on a series of important problems in biochemistry and pharmacology, particularly methods that rapidly find and identify microorganisms. Fenselau’s mass spectrometry-based strategy is now used in clinical diagnosis, threat detection, and food and water safety around the globe. In addition, Fenselau was an early leader in applying mass spectrometry to protein identification and quantitation, which contributed to the development of proteomics. Fenselau has also published groundbreaking work in the characterization and quantitation of the complex chemical products of phase II drug metabolism. Her laboratory currently studies extracellular chemical messages in the tumor microenvironment.