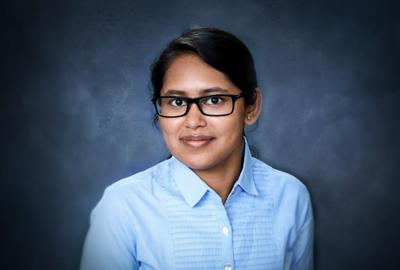 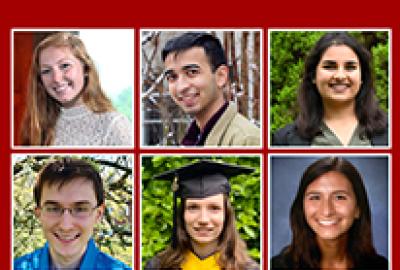 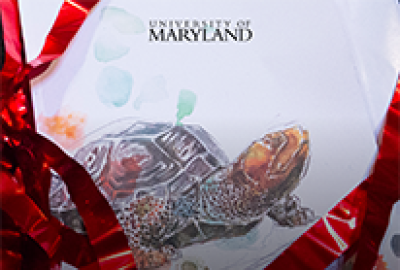 Congratulations to the College's May 2020 Graduates!
The college will confer degrees to over 1,000 students this May.

Georgette Kiser and Priyanka Anisetti will speak at the University of Maryland College of Computer, Mathematical, and Natural Sciences December Commencement Ceremony. The ceremony will be held on December 20, 2017, at 3 p.m. at the Xfinity Center on campus.

Kiser (B.S. ’89, mathematics) is a managing director and chief information officer at The Carlyle Group, where she is responsible for leading the firm’s global technology and solutions organization. She develops and drives information technology strategies across the global enterprise, which includes the firm’s application development, data, digital, infrastructure, cybersecurity, and program management and outsourcing activities.

Prior to joining The Carlyle Group, Kiser was vice president of T. Rowe Price Associates, Inc., where she headed enterprise solutions and capabilities within the services and technology organization. Kiser also previously worked in the aerospace unit of General Electric.

Kiser has received numerous awards, including Computerworld’s Premier 100 IT Leaders Award (2017) and the T. Rowe Price Manager Excellence Award (2000). She has also been named to Savoy magazine’s list of Top Influential Women in Corporate America (2016), chosen as one of the 50 Most Powerful Women in Technology by the National Diversity Council (2016) and selected for the Baltimore Sun’s Top 50 Women to Watch in Baltimore list (2014). In addition to receiving her bachelor’s degree from UMD, Kiser received a master’s degree in mathematics from Villanova University and an MBA from the University of Baltimore.

Kiser has served on various nonprofit boards, including the T. Rowe Price Foundation Board, the Maryland Business Roundtable STEMnet Advisory Board and the University of Baltimore Foundation. Kiser currently serves on the board for Year Up (National Capital Region) and the Boys’ Latin School of Maryland.

Anisetti is graduating with a bachelor’s degree in biological sciences with a specialization in physiology and neurobiology. A native of Holmdel, New Jersey, Anisetti also completed a citation from the University Honors Program.

Throughout her time at Maryland, Anisetti immersed herself in campus life through her involvement in the Academic Achievement Program as a supplemental instruction leader; in America Reads*America Counts as a mentor; and in the College of Computer, Mathematical, and Natural Sciences as a peer mentor. Anisetti’s role as a peer mentor led her to become a teaching assistant for UNIV 100, the freshman seminar. Through all of these activities, she used her knowledge and experience to help both her peers and those younger than herself.

Anisetti also pursued off-campus clinical research opportunities. She served as a research associate at the University of Maryland Medical Center for the past year. There, she consented patients in the R Adams Cowley Shock Trauma Center for a study aimed at decreasing discomfort in mechanical ventilation patients.

All of Anisetti’s undergraduate experiences underscore her personal mission to help others and increased her interest in medicine. After graduation, she plans to conduct clinical research for a year before attending medical school.