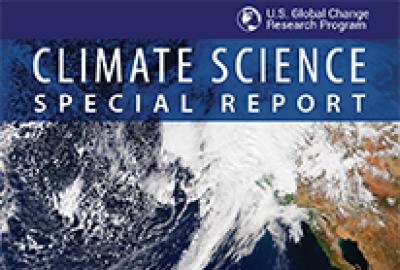 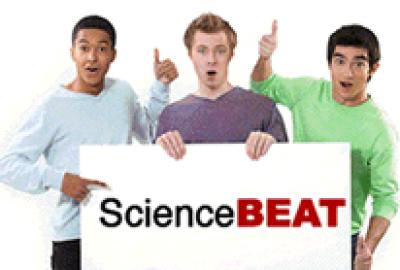 In December 2015, the world’s nations negotiated the Paris Climate Agreement, which seeks to limit global warming to a maximum of 2 degrees Celsius above pre-industrial temperatures. Scientists at the University of Maryland have developed an empirical model of global climate, which they have used to comprehensively analyze the Paris Agreement.

In a new book titled Paris Climate Agreement: Beacon of Hope, the authors describe their findings. They suggest that if countries achieve the greenhouse gas reductions pledged during the Paris meeting, there is a good chance that the world will be able to limit warming to 2 degrees Celsius.

“We’ve developed an empirical model of global climate that we use to forecast future temperature out to the year 2100,” said Timothy Canty, a research professor in atmospheric and oceanic science at UMD and a co-author of the book. “This is a model that ingests massive amounts of observational data.”

Climate models that forecast global warming use of one of four numbered scenarios to describe greenhouse gases in the future atmosphere. Researchers refer to these projections as representative concentration pathway (RCP) scenarios, each of which accounts for the influence of greenhouse gases and other pollutants on climate out to year 2100. RCP 4.5, one of the more optimistic pathways, assumes that human emissions of greenhouse gases will level off soon and then decline after a few decades.

To achieve emissions reductions, the Paris Agreement requires each participating country to commit to a pledge, called an intended nationally determined contribution (INDC). Most INDCs only extend to the year 2030, however.

“Our research shows that if the Paris Climate Agreement is met, it will put us on the RCP 4.5 pathway, but this can only happen if two important things occur,” said Walter Tribett, a research scientist in atmospheric and oceanic science at UMD and a co-author of the book. “One, all conditional and unconditional INDCs must be met. Two, the mitigation of greenhouse gases needed to meet the Paris goal must be propagated out to 2060.”

Each INDC is different, based on the status and needs of each country. But most recognize the importance of non-emitting, renewable sources of energy.

“To achieve RCP 4.5, half of the world’s global energy must come from renewable sources by year 2060,” said Brian Bennett, a research scientist in atmospheric and oceanic science at UMD and a co-author of the book.

This is an ambitious goal that requires a large-scale global transition to renewable energy. Researchers can track access to electricity, most of which still comes from the burning of fossil fuels, using satellite imagery of night light across the globe. Noticeable differences exist between the developed and developing world.

“Europe is lit up at night where its large population centers exist. The United States is equally lit up at night and we are seeing China emerge in the night light data,” said Ross Salawitch, a professor of chemistry as well as atmospheric and oceanic science at UMD and a co-author of the book. “But largely absent in the night light data is India, and totally absent is Africa.”

The book’s authors suggest that the developing world will have a great need for renewable energy solutions. But the developed world has a large role to play as well.

“This will require large-scale transfer of technology and capital from the developed to the developing world,” noted Salawitch, who also has an appointment with UMD’s Earth System Science Interdisciplinary Center (ESSIC). “And at the same time this is happening, the developed world must reduce its own dependence on dependence on fossil fuels—not a little bit, but massively—by 2060.”

This work was supported by NASA (Award No. NNX16AG34G). The content of this article does not necessarily reflect the views of this organization.