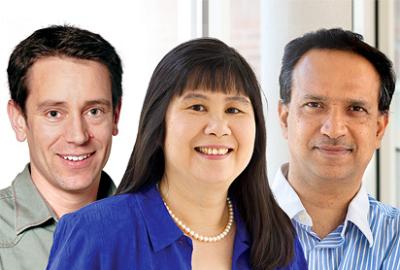 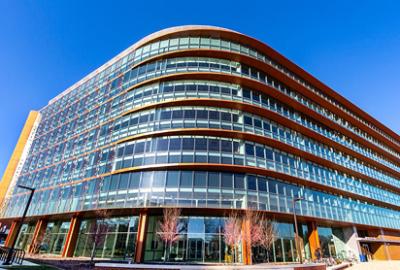 $2.1 Million from the State of Maryland will Match Private Donations for Two Endowed Chairs at UMD

The University of Maryland’s College of Computer, Mathematical, and Natural Sciences (CMNS) will receive $2.1 million from the state’s Maryland E-Nnovation Initiative (MEI) to match private donations establishing two endowed chairs in the college: one in the life sciences and the other in computer science.

The initiative, which launched last year, is designed to spur private donations to universities for applied research in scientific and technical fields by matching such donations.

“I am extremely grateful to the state of Maryland and our donors, Elizabeth Stevinson Iribe, Andrew and Mary Balo, and Nicholas and Susan Simon, for their generous gifts,” said UMD President Wallace D. Loh. “Combined, these gifts will help accelerate the transformation of our campus and our state into a center for exploring solutions for human health and expanding resources for further developing our nationally ranked computer science program.”

Andrew Balo (B.S. ’70, microbiology) and Nicholas Simon (B.S. ’76, microbiology), two Terps turned successful biotech entrepreneurs, teamed up to create the university’s first endowed chair in the life sciences—without ever meeting each other. This new endowed chair will strengthen the college’s ability to recruit an outstanding life sciences faculty member with a focus on human health and/or disease.

“The thought behind it was that we needed a bigger commitment if we really wanted to bring on a top-notch faculty member and really enhance the life sciences at the University of Maryland,” said Simon. “We decided to come together and pool our resources to enable the dean to bring on a professor of even higher stature than he had envisioned.”

Simon has more than 30 years of experience in the biopharmaceutical industry, including at Genentech, where he was vice president of business and corporate development. There, he played an integral role in the acquisition, development and approval of the company’s blockbuster cancer products Rituxan, Avastin and Herceptin. Today, he is managing director of Clarus, a health care investment firm he co-founded in 2005.

Today, Balo is executive vice president of clinical, regulatory and quality at Dexcom, a startup that developed a continuous glucose monitoring device for people with diabetes. He’s widely regarded as an industry expert in regulatory and clinical strategies and has served on many Food and Drug Administration advisory panels. Balo also helped bring other new medical devices to the market, including a neurological cooling device, mechanical and tissue-based heart valves, pacemakers, pacing leads and a 3-D electrophysiology mapping device.

“We embraced the opportunity to give back to the university that enabled us to get to where we are today in our careers,” said Balo. “We hope our gifts will enable future life science students at Maryland to have even more opportunities than we did and to become leaders in the health sciences.”

As the Department of Computer Science searches for candidates to fill these two new professorships, construction is beginning on the Brendan Iribe Center for Computer Science and Innovation—a cutting-edge research, education and entrepreneurship facility for computer science at UMD that is expected to open in 2018. The new building became a reality thanks to a $31 million gift from Elizabeth’s son, Brendan, a UMD alumnus and co-founder and CEO of Oculus.

“I couldn’t be happier that all of my donations have been matched by the state to amplify their impact,” said Iribe. “I hope others will take advantage of this wonderful program to bring more outstanding faculty to College Park.”

Last year, the MEI also provided matching funding for a third endowment at UMD. The Michael and Eugenia Brin Endowed E-Nnovate Chair, funded by a gift of $1.05 million from the Brins with an equal amount from the state, will support a chair in applied math. Michael, a professor emeritus of mathematics, joined the UMD faculty in 1980 and retired in 2011. Eugenia is also retired following a career as a climate and weather forecasting scientist at NASA. They are the parents of Sergey Brin (B.S. '93, computer science and mathematics), co-founder of Google.

In two years, the MEI has provided $12.5 million in funding to leverage $13.7 million in private donations to UMD; the University of Maryland, Baltimore; The Johns Hopkins University; Morgan State University; and Washington College. The funding can be used to pay salaries of newly endowed department chairs, staff, and support personnel in designated scientific and technical fields of study; fund related research fellowships for graduate and undergraduate students; and purchase lab equipment and other basic infrastructure and equipment.

“The groundbreaking research these universities are conducting and the bright young minds they are nurturing is helping to fuel Maryland’s economy and keep our state on the cutting edge of technology and discovery,” said Commerce Secretary Mike Gill. “We are proud to partner with these world-class institutions and look forward to seeing the fruits of the new professorships and research chairs for years to come.”

About Maryland Commerce
The Maryland Department of Commerce stimulates private investment and creates jobs by attracting new businesses, encouraging the expansion and retention of existing companies, and providing financial assistance to Maryland companies. The Department promotes the State's many economic advantages and markets local products and services at home and abroad to spur economic development and international investment, trade and tourism. Because they are major economic generators, the Department also supports the Arts, film production, sports and other special events. For more information, visit commerce.maryland.gov.