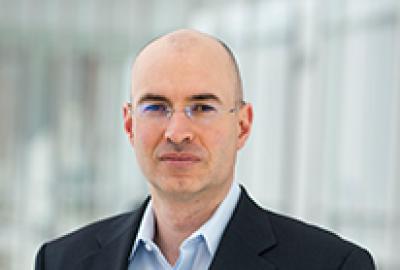 Pierre-Emmanuel Jabin Appointed as Director of UMD’s Center for Scientific Computation and Mathematical Modeling
Jabin has served as interim director for the past three years. 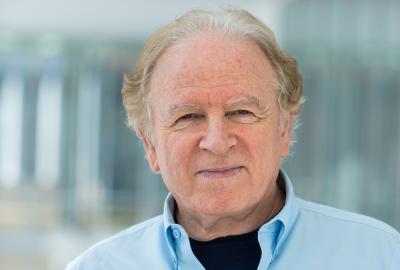 Eitan Tadmor on the Perfect Math Moment
The Distinguished University Professor will deliver the prestigious Gibbs Lecture at the 2022 American Mathematical Society meeting.

Jabin, who is known for his work on partial differential equations and kinetic theory, joined UMD in 2011 and served as associate director of CSCAMM since 2014. His research efforts focus on the theory of transport and advection phenomena, and systems of many interacting particles, with applications in physics and the biosciences. He has published over 60 refereed journal articles and presented numerous invited lectures and colloquia. He also serves on the editorial board for several journals, including Mathematical Models and Methods in Applied Sciences, Networks and Heterogeneous Media, Kinetic and Related Models, and the SIAM Journal on Mathematical Analysis.

“I am excited by the prospect of having CSCAMM help foster increased collaborations on our campus between applied mathematicians in the broadest sense,” says Jabin. “In addition, I hope that the center can become a natural crossroad where people from diverse units and fields enjoy meeting and interacting.”

Before joining UMD, Jabin was a professor in the J.-A. Dieudonne laboratory at the Université Nice-Sophia Antipolis in France from 2004-2011 and prior to that he was an assistant professor at the École Normale Supérieure in Paris from 2000-2004. In addition, he held visiting faculty positions at the Institute for Research in Informatics and Automatics in Sophia-Antipolis, France, from 2007-2011, the École Polytechnique in Paris and the University Paris Dauphine. While a student at the École Normale Supérieure, Jabin earned his Ph.D. in 2000, his master’s degree in mathematics in 1997 and his bachelor’s degree in mathematics and physics in 1996 from the Pierre and Marie Curie University, also known as University of Paris VI, in Paris, France.

CSCAMM launched in 2001 to address the challenges of the rapid growth in the speed and data handling capability of high-performance computers that has transformed the methodology of scientific investigation. With eight faculty members, the center hosts workshops and a cross-disciplinary visitor program, and fosters research and educational activities that highlight novel computational algorithms and mathematical modeling and their interplay with the physical and biological sciences and engineering.

Jabin succeeds Distinguished University Professor of Mathematics Eitan Tadmor, who served as CSCAMM director since 2002. Tadmor led the establishment of CSCAMM and helped the center secure a number of competitive external research awards, including the Department of Energy Center for Multiscale Plasma Dynamics, the National Science Foundation (NSF) Focus Research Group on the Kinetic Description of Multiscale Phenomena, and the NSF Research Network in Mathematical Sciences on the Kinetic Description of Emerging Challenges in Multiscale Problems of Natural Sciences (Ki-Net).

During Tadmor’s upcoming sabbatical at the Institute for Theoretical Studies in ETH Zurich, he plans to expand his research program on self-organized dynamics, relating different rules of engagement to the emergence of consensus, and he intends to develop a new research program on distance geometry with noisy and incomplete high-dimensional data. Tadmor will remain involved in CSCAMM and continue to lead Ki-Net as its principal investigator.