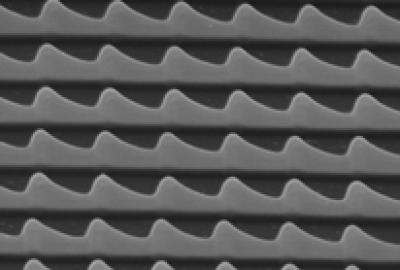 Nanostructured Surfaces Give Cells a Ticket to Ride
New research reveals how cells get a foothold to move around in their environment. 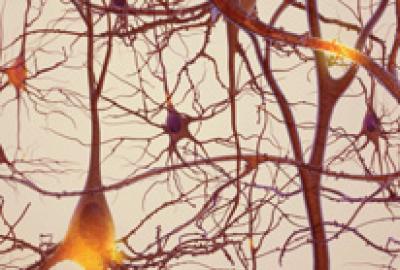 UMD researchers on six of 22 teams awarded Department of Defense MURI grants; CMNS represented on five of these awards

University of Maryland researchers are involved with more than a quarter of the research teams awarded 2015 Multidisciplinary University Research Initiative (MURI) grants by the Department of Defense (DOD). UMD is represented on six of the 22 teams that received awards, putting UMD in a three-way tie with the Massachusetts Institute of Technology and Stanford University for the most grants involving any one university in 2015. The UMD College of Computer, Mathematical, and Natural Sciences is represented in five of these awards, including one for which UMD serves as the lead institution.

The highly competitive MURI program supports research teams, primarily at academic institutions, whose work spans multiple science and engineering disciplines. The Army Research Office, the Air Force Office of Scientific Research, and the Office of Naval Research solicited proposals in 19 topics important to the DOD. Out of a total of 76 proposals, 22 teams were selected to receive awards worth a total of $149 million over the next five years. MURI awards provide students and researchers with long-term support that is important for discovery and applied research programs.

"The University of Maryland's outstanding performance in securing these MURI awards, tied for the highest number of any university, demonstrates our world class, interdisciplinary research expertise in science and engineering," said UMD Vice President and Chief Research Officer Patrick O'Shea.

Professor Wolfgang Losert of the Department of Physics, the Institute of Physical Sciences and Technology (IPST), and the Institute of Research in Electronics and Applied Physics (IREAP), is the lead on a successful MURI proposal entitled "Understanding and Controlling the Coupled Electrical, Chemical & Mechanical Excitable Networks of Living Systems." The University of Maryland will serve as the lead institution for this initiative, which also involves Professor Patrick Kanold (Biology) and Professor John Fourkas (Chemistry and Biochemistry).

“We are delighted to receive MURI support to pursue a new research area at the interface of cell science and neuroscience,” Losert said. “The objective of our MURI is to develop novel ways to control the behavior of cells and cell groups noninvasively with controlled electric fields. Potential future applications are accelerated wound healing and new man-machine interface designs.”

Other MURI awards involving UMD researchers are as follows:

Professor Mohammad Hafezi of the Department of Electrical and Computer Engineering (ECE), the Joint Quantum Institute (JQI), and IREAP will join a MURI effort to study "Engineering Exotic States of Light with Superconducting Circuits." This MURI effort is led by Princeton University.

Professor YuHuang Wang (Chemistry and Biochemistry) will join a MURI project entitled "A 4D Nanoprinter for Making and Manipulating Macroscopic Materials.” This project is led by Northwestern University.

Over the past 29 years, the DOD's MURI program has resulted in significant capabilities for U.S. military forces and opened up entirely new lines of research. Visit the DOD website to learn more about the MURI program and the 22 research initiatives that were awarded.

In a March 3 Science magazine “ScienceInsider” news article, News Editor David Malakoff  noted: “Since it was founded in the mid-1980s, MURI has become a mainstay of DOD’s basic research programs, accounting for about one-quarter of the $1 billion in basic research funding that the Pentagon spends annually at U.S. universities. In some fields, including computer science, engineering research, and math, the military is now the dominant U.S. funder of fundamental science. Whereas many of DOD’s funding efforts focus on single-investigator grants, MURI aims to unite researchers from different disciplines and universities on a single project.”