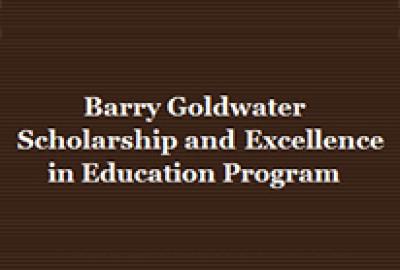 Four University of Maryland students have been awarded scholarships by the Barry M. Goldwater Scholarship and Excellence in Education Foundation, which encourages students to pursue advanced study and careers in the sciences, engineering and mathematics.

UMD juniors Shane Falcinelli, Benjamin Gastfriend, Nathan Ng and Iowis Zhu were among the 260 Barry Goldwater Scholars selected from 1,206 students nominated nationally this year. The four students, who are all members of the UMD Honors College, plan to pursue doctoral degrees in their areas of study and to become university professors.

Shane Falcinelli, who is majoring in biological sciences and is a member of the Integrated Life Sciences honors program, is interested in pathogen research. For two years, he has worked in the laboratory of Volker Briken, associate professor in the UMD Department of Cell Biology and Molecular Genetics, evaluating the biosafety of acyclic cucurbit[n]uriltype molecular containers and their ability to deliver pharmaceuticals to treat disease.

“Shane has the potential for an outstanding career in biomedical research. He is already the first author on one peer-reviewed publication and a co-author on another publication, following an internship at the National Institutes of Health. The experimental work Shane has performed in my lab will be part of three different manuscripts on which he will be a co-author,” said Briken.

“It will be hard to come across a student and researcher as outstanding as Ben. His performance in classes is unprecedentedly brilliant. In research, he is creative and industrious, conducting very comprehensive literature reviews on his project, performing experiments and computation impeccably well, drawing impressive insights from his results and writing up his work in detail—all with little to no supervision,” said Sriram.

With Frank Graziani at the Lawrence Livermore National Laboratory, Ng studied the dynamics of the nuclear fuel used for a fusion experiment. In the laboratory of Paulo Bedaque, UMD physics professor, Ng examined the arrangements of nickel atoms in very high magnetic fields, a scenario that may be found in the crusts of some neutron stars. And with UMD Physics Professors William Dorland and Victor Galitski, Ng aims to describe the dynamics of low-temperature electron gases, which will help us better understand the relationship between the breakdown of superconductivity and the thermal motion of the conducting material.

“The most successful young physicists I have nurtured share certain qualities: mathematical talent, attention to detail, fearless ambition and persistence in the face of seemingly insurmountable technical problems. Nathan has all of these qualities; he has everything it takes to be a very successful physicist,” said Dorland, who is also director of the Honors College at UMD.

Iowis Zhu—a double major in biochemistry and biological sciences and a member of the Integrated Life Sciences honors program—is interested in developing new drug delivery methods that improve accuracy and precision. During the summer of 2013, Zhu investigated the binding characteristics of CD64, an immunity-related membrane receptor, at the National Institutes of Health under the direction of Peter Sun. Zhu co-authored a paper on this work that was published in the journal Proceedings of the National Academy of Sciences.

Zhu has also been a researcher for more than two years in the laboratory of Jason Kahn, associate professor in the UMD Department of Chemistry and Biochemistry, studying protein-DNA complexes, DNA looping and DNA topology.

“Iowis is an intellectual powerhouse. He gets more done than any student I’ve ever met,” said Kahn. “He is a team player and leader who improves the performance of all those around him.”

The Goldwater Scholarship program was created in 1986 to identify students of outstanding ability and promise in science, engineering and mathematics, and to encourage their pursuit of advanced study and research careers. The Goldwater Foundation has honored 51 University of Maryland winners since the program’s first award was given in 1989. Prior Goldwater scholars and nominees from UMD have continued their impressive academic and research pursuits at leading institutions around the world and have garnered additional recognition as: