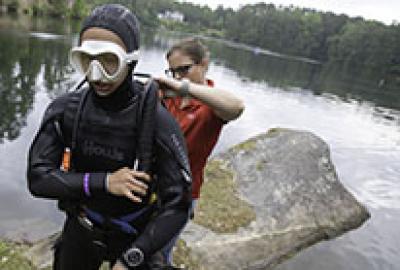 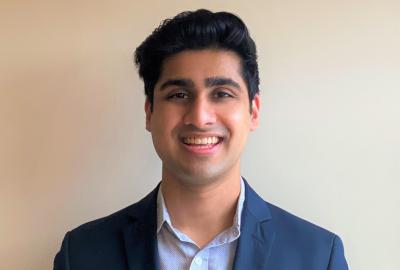 “The Rhodes Scholarship shows Fang's exemplary academic and research achievements as well as his inspiring community service," says UMD President Wallace D. Loh. "He brings distinction to the University of Maryland and I'm sure he'll continue to do so as an alumnus in the years to come."

Cao—who is majoring in biological sciences, with a specialization in physiology and neurobiology, and is a member of the Integrated Life Sciences program in the Honors College—plans to use the scholarship to pursue a master’s degree in medical anthropology at the University of Oxford in England. His long-term plans include a career in medicine and public health policy.

“My desire to become a physician and advocate, dedicated to improving healthcare opportunities for underserved communities across America fueled my interest in the Rhodes Scholarship,” said Cao. “I’m thankful to all of the wonderful mentors, teachers and advisers I’ve met since I stepped onto the University of Maryland campus who helped me earn this prestigious award.”

Cao has extensive leadership and community service accomplishments, and is the recipient of numerous honors and awards. He was the first UMD student to be awarded both a Goldwater scholarship and a Truman scholarship. In addition, he has received a Howard Hughes Medical Institute undergraduate research fellowship, a National Institutes of Health (NIH) intramural training research award and an NIH exceptional summer intern award. He has conducted molecular and computational neuroscience research in the laboratories of Jeffrey Smith at NIH and Daniel Butts in UMD’s Department of Biology. He was also selected to serve as one of four UMD representatives to present at the 2013 Meeting of the Minds regional conference.

“We worked with the teachers to understand past failures with tutoring initiatives; sat in on classes to observe student behavior; and developed new approaches, such as biology Jeopardy, to get the students excited about the material,” said Cao.

The Rhodes Scholarships were created in 1902 by the Will of Cecil Rhodes, British philanthropist and African colonial pioneer, and are provided in partnership with the Second Century Founder, John McCall MacBain and other generous benefactors. The first class of American Rhodes Scholars entered Oxford in 1904; those elected today will enter Oxford in October 2015. The 32 Rhodes Scholars chosen from the United States will join an international group of scholars chosen from 14 jurisdictions around the world.

Rhodes Scholars are chosen for high academic achievement, integrity of character, a spirit of unselfishness, respect for others, potential for leadership, and physical vigor, according to Elliot Gerson, American Secretary of the Rhodes Trust.

The scholarships provide all expenses for two or three years of study at the University of Oxford, and may allow funding in some instances for four years. The total value of the scholarship averages $50,000 per year.

“Fang has already demonstrated his superlative talents in the classroom and as a leader on campus and in our global community. I can’t wait to see what else he will achieve as a Rhodes Scholar,” said Richard Bell, a UMD associate professor of history who serves as UMD’s faculty advisor for United Kingdom fellowships.