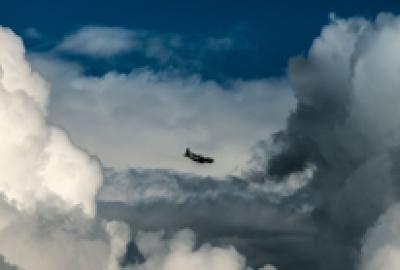 Tiny Particles Have Outsized Impact on Storm Clouds and Precipitation
Amazon rainforest provides a unique natural lab to study the effects of aerosols. 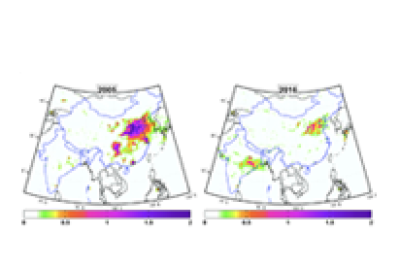 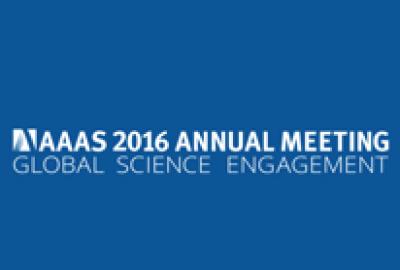 Remote Sensing to the Rescue

Zooming in on China

Zhanqing Li, a professor in the Department of Atmospheric and Oceanic Science and the Earth System Science Interdisciplinary Center (ESSIC), is analyzing the dramatic weather patterns of the last half-century in his native China to improve our understanding of climate change. In the last 50 years, temperatures have cooled slightly in Eastern China, while warming in other regions. The Northern region has faced drought, while the South has coped with flooding thunderstorms.

During the same time period, China has undergone a manufacturing boom that has led to increased pollution, including a rise in aerosols. Tiny aerosol particles may have a huge effect on our climate, says Li, with far-ranging impact, from the amount of radiation that reaches Earth to the type of clouds that are formed. To analyze the effects, Li relies, in part, on sophisticated remote-sensing technology aboard a collection of seven U.S. and international satellites. Called the Afternoon Constellation, or A Train, the seven satellites fly within approximately 30 minutes of each other, generating joint measurements that provide an unprecedented sensor system for Earth observations.

The CloudSat and CALIPSO satellites, which both joined the A Train in 2006, offer insights into the interactions between aerosols and clouds. Using radar technology, CloudSat acts like an X-ray machine for clouds. CALIPSO probes the vertical structure and properties of thin clouds and aerosols using LIDAR, a technology that determines distances by analyzing the reflected light from laser pulses.

After analyzing the satellite data, Li found that increased pollution leads to fewer but thicker clouds associated with heavy thunderstorms. The number of heavy rain days has increased by 10 percent in Eastern China in the past 50 years, while drizzly days decreased 5 percent. “This is a real concern,” warns Li. “Heavy storms wash away the soil, and don’t allow for water absorption and effective utilization of the water.” The change in weather could have serious implications for the water and food supply in this highly populated area, advises Li.

Atmospheric and Oceanic Science Professor Sumant Nigam is unraveling the reasons for China’s South-Flood, North-Drought pattern as well as the drying of the Gangetic Plain, the agricultural heartland of India. As a starting point for his research, Nigam must gather accurate rainfall data—a challenging task in this part of Asia, which is home to the world’s highest mountains. With many uninhabitable areas across the Tibetan Plateau and the Himalayas, rainfall data is sketchy at best. To fill in the gaps, Nigam and his colleagues rely on data supplied by the Gravity Recovery and Climate Experiment Mission (GRACE). A partnership between NASA and the German space agency, GRACE uses twin satellites to map the Earth’s gravity field, tracking monthly changes.

When the gravitational pull changes at a specific location, it often indicates variations in groundwater stores, an indirect measure of antecedent precipitation levels. It also provides information about how much groundwater was pumped out for irrigation. “Hydrologists are finding that human uptake of ground water is proceeding at an alarming rate across Asia,” says Nigam. “We are depleting stores much more rapidly than we can replenish them, especially with the declining summer monsoon rainfall trend.”

While the GRACE data help identify how hydroclimate conditions are changing in Asia, Nigam is still working to find the root cause of the changes. Aerosols have been advanced as a likely cause, but Nigam hypothesizes that natural variability of sea surface temperatures in the Pacific and Indian Oceans also plays a role. “There is the natural cycle, and on top of that is the human imprint,” says Nigam, who admits scientists are still sorting one from the other.

One of the newest ways to monitor climate change is to track variations in lake water levels. Charon Birkett, an associate research scientist with ESSIC, helped pioneer the use of radar altimeters to study the rise and fall of lakes, information that serves as a proxy for precipitation measurements.

From satellite perches, altimeters have measured sea surface levels around the globe for nearly 40 years. These remote-sensing instruments calculate measurements by clocking the time it takes for radar pulses to travel from the satellite to the water’s surface and then back to the satellite receiver.

The technology, originally designed for oceans, works best over large, flat areas of water. Through a European Space Agency project in the early 90s, Birkett explored whether altimeters could yield information about smaller bodies of water. “We began to find the data were good over select areas inland,” she says.

Today’s altimeters have been tweaked to enhance their performance over inland waters. Birkett leads a U.S. Department of Agriculture/NASA project to analyze altimeter data, producing near real-time data for large lakes and reservoirs. While the information is largely used to monitor water resources worldwide, climatologists are examining some 20 years of data to shed light on climate change. With breakthroughs in altimeter technology projected within the decade, including NASA’s upcoming Surface Water and Ocean Topography mission, Birkett expects scientists will soon have richer data sets to enhance climate change monitoring.